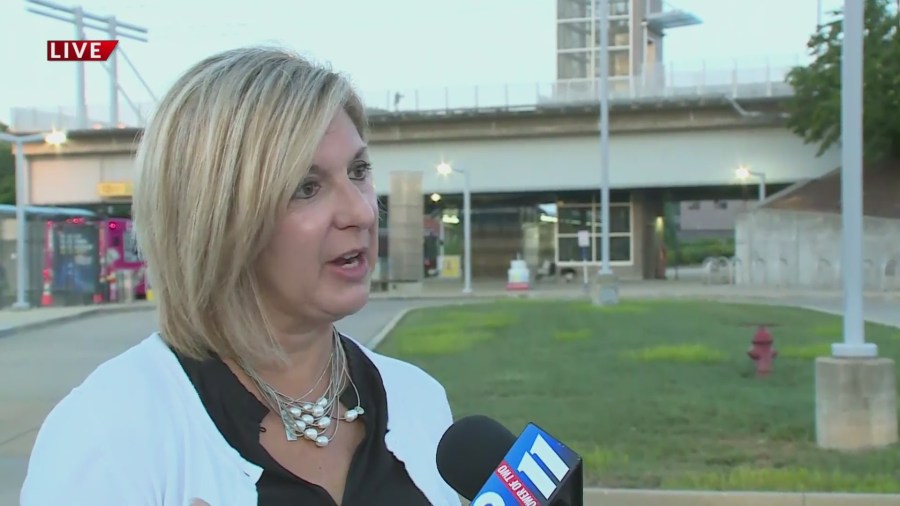 ST. LOUIS – As Metro does all it can to get back on track after the devastating flash flooding, the agency is reaching out to riders Thursday morning thanking them for their patience.

Riders can expect a gift and helpful information for the future. The Shrewsbury Lansdowne Station is not far from I-44 and it is one of five Metro Transit Centers where later on Thursday morning groups will give out free transit passes along with details about an important program.

Bommarito Automotive Group SkyFOX showed the Forest Park DeBaliviere Station after the torrential rain and flash flooding on July 26. The Metro system sustained $40 million in damages from the flooding Most of the damage was done along about a two-mile stretch of the MetroLink between the Forest Park-DeBaliviere Station and the Delmar Loop Station.

Much of the area was underwater causing major damage to critical MetroLink systems. Metro officials recently announced that service has been restored in some capacity to all MetroLink stations, but there are still restrictions causing issues including delays.

Here’s a time-lapse video from Metro of the flooding at the Delmar Loop Station.

Besides these, the passes and information will also be given out at the North Hanley Transit Center, the Forest Park DeBaliviere Station, the Fairview Heights Transit Center, and the Emerson Park Station.

What to Plant in Your Garden During November