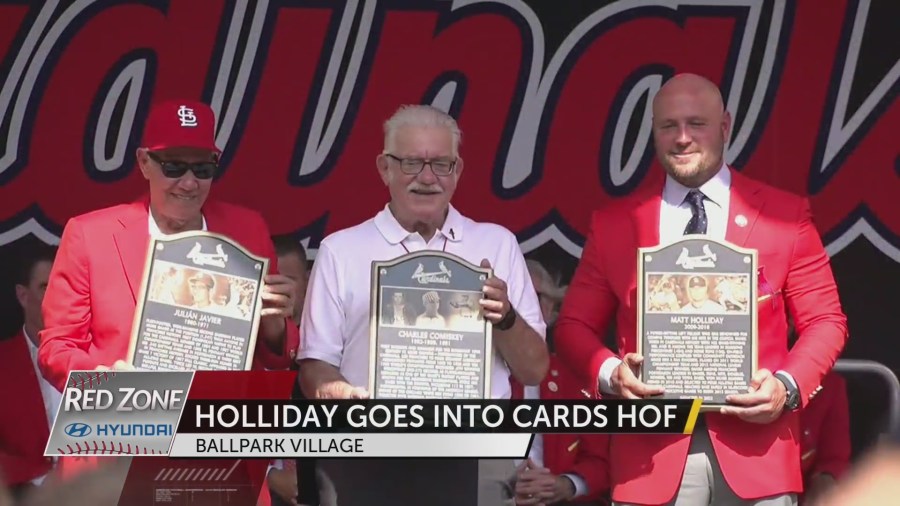 The trio was recognized during the Cardinals’ 2022 Hall of Fame Induction ceremony Saturday at Ballpark Village.

Holliday, who headlines this year’s class, played eight seasons with the Cardinals from 2009 to 2016, a run with multiple All-Star Game bids and a 2011 World Series title.

Fans can watch the ceremony during a one-hour special on Bally Sports Midwest on Friday, Sept. 2.

One dead after boat overturns at Lake of the Ozarks