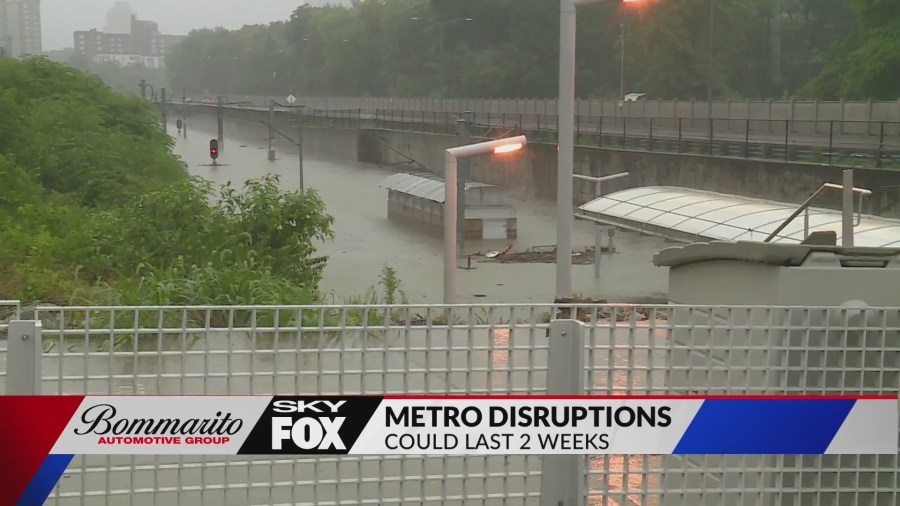 ST. LOUIS – If you use MetroLink for your morning commute, be aware that the historic rainfall and flooding are causing service disruptions and those issues may not end anytime soon.

The Forest Park Debaliviere MetroLink station was one of the stations that were hit hard by the massive storms. This is a pivotal point for MetroLink because it’s where the red line and the blue lines connect in St. Louis. Bommarito Automotive Group SkyFOX was over the station Tuesday.

The video shows where you can see the tracks underwater. Metro officials said in besides flooding on MetroLink tracks, the high water also caused damage to MetroLink equipment, network communications, and signals, especially here at the Forest Park Debaliviere station.

As a result of all of the damage, Metro officials said it’s possible that normal MetroLink service may not be restored for potentially two weeks or longer. Tuesday morning, MetroLink riders traveling through the city of St. Louis and St. Louis county are being encouraged to seek alternate transportation options until further notice. Here are the latest details on MetroLink operations for Wednesday morning.