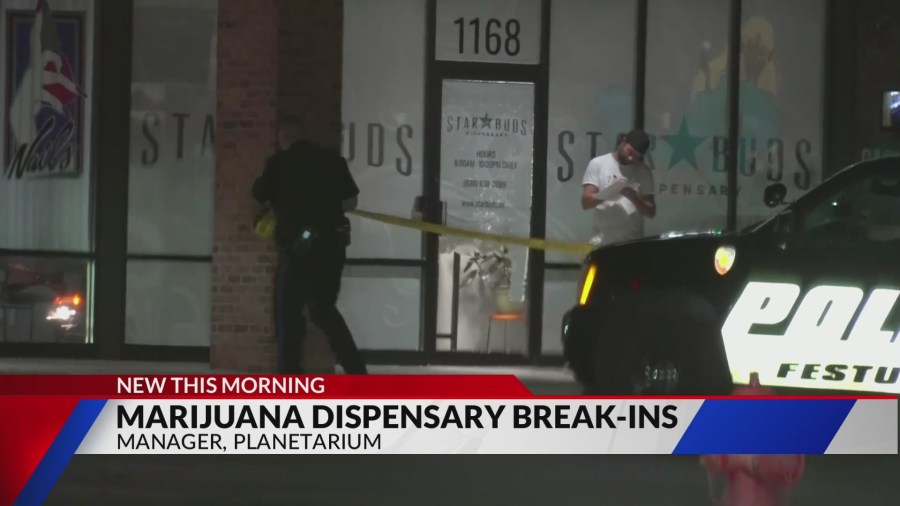 They all happened within about an hour of each other. The first one happened around 4:00 a.m. at Star Buds Medical Marijuana Dispensary. The front door was smashed in that one.

Police were also called to Swade Dispensary on Delmar Boulevard less than an hour later. Officers were on the scene when our photographers got there but there was no visible sign of a break-in. Lastly, officers responded to a break-in at Good Day Farm on Euclid Avenue at 5:00 a.m.