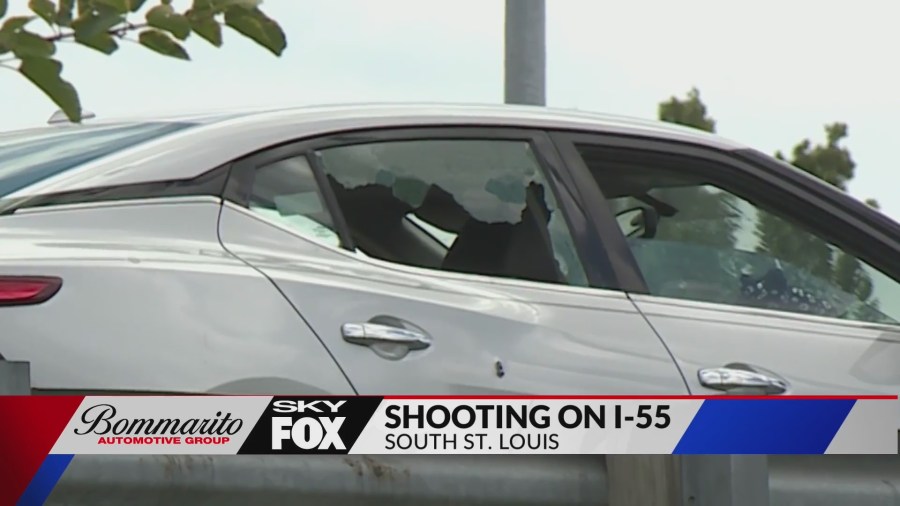 ST. LOUIS – The person killed Friday night on I-55 has been identified.

Deolandis Dabney, 27, was shot at about 12:30 p.m. on I-55 at South Broadway. Officers found him inside a four-door silver car suffering from gunshot wounds to his head and torso. The back passenger window was shot out, though it remains unclear if the vehicle was moving at the time of the shooting. Dabney was pronounced dead at the scene.

The Homicide Division then took over the investigation. The two suspects contacted police and said they were at Highway 255 and Telegraph Road. Detectives went to that location and took the suspects into custody. One suspect is a 36-year-old man and the other suspect is a 35-year-old man.

The shooting closed off a stretch of the highway at Gasconade briefly Friday afternoon as police were called to investigate a scene at I-55 at South Broadway, backing up traffic for several miles.

The investigation is ongoing. FOX 2 will continue to update this story with more information as it becomes available.

CNN’s profits to dip below $1B for first time since 2016: report