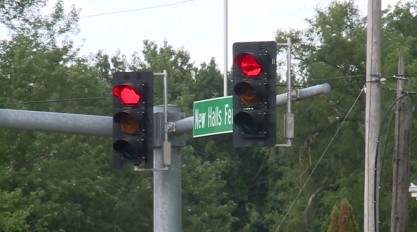 ST. LOUIS – A man playing with a gun shot another man Friday evening in north St. Louis, police say. The victim is expected to survive.

The shooting occurred around 6 p.m. Friday in the 8400 block of Halls Ferry Drive in the Baden neighborhood.

Police have not released any additional information on the suspect or victim, and the circumstances leading up to the shooting are unclear. The St. Louis Metropolitan Police Department is handling the investigation. FOX2 will update as more information becomes available.

Woman dies in overnight crash on I-70 in St. Louis