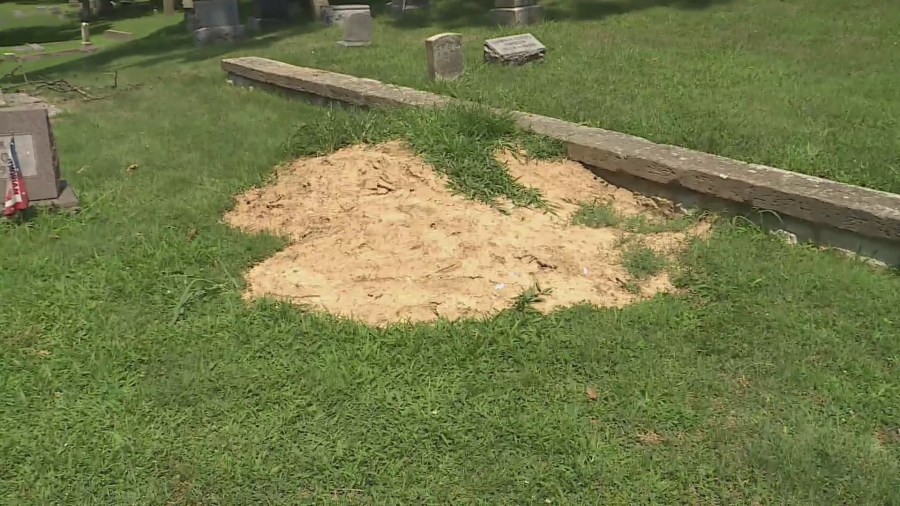 ALTON Ill. – The cemetery officials said a groundhog is causing problems at the Alton City Cemetery.

In late June, cemetery officials said they heard a bone was sticking out from the ground at the Alton City Cemetery. They found out a groundhog was causing the problem.

“I have a groundhog problem, major league,” said Don Huber, Alton City Cemetery Sexton. “This is a recurrent problem because there are no natural predators around. We used to have a couple of foxes that lived down in the woods, but their habitat is not as good as it used to be.”

Huber is the sexton, or the operating officer, overseeing the day-to-day operations of the Alton City Cemetery. He serves on the board overseeing grass cutting, weeding, and digging graves.

“This little groundhog that inhabits this little place right here is a monster, he’s a big one,” said Huber. “He looks like he’s 50 pounds at least. There’s a hole here and on the other side of that gravestone, and on the other side of this wall right here. there’s another one there we inserted a smoke bomb in there once and it came out all at the same time. They’re all interconnected in there. We have no idea what it looks like.”

The cemetery incorporated in 1835 covers about 20 acres, with around 23,000 graves, some dating to the early 1800s. Huber said they will gather the bones discovered and re-inter them in the same lot where they came from.

“Usually, the trapper can remove a good portion of them,” said Huber. “We never get rid of all of them, unfortunately. It’s sort of just the nature of the animal. Most cemeteries have some sort of problem like this.”