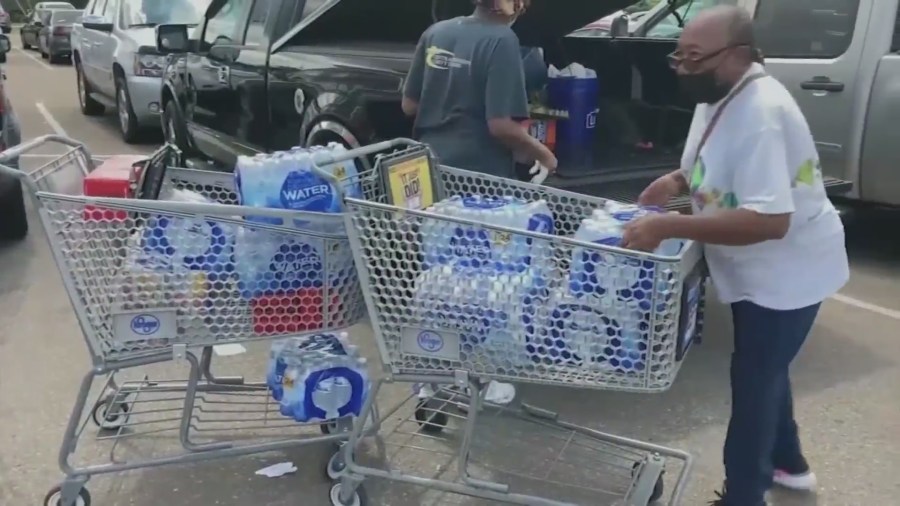 EDWARDSVILLE, Ill. – A local American Legion Post is driving a truck of bottled water eight hours to Jackson, Mississippi to help with the ongoing water crisis there after flooding took out their treatment plant.

“It sort of snowballed in the first two hours. It went from we can collect some money and send a check to, we’ll go ahead and collect the water and drive it down there without any forethought to where we’re going to get a truck or trailer. But we finally got one through Enterprise,” Sterling said.

The need for fresh water in Jackson, Mississippi right now is huge.

“They’ve got no fresh water at all. He was like if you send money we have to drive like an hour and a half to go buy water,” Sterling said.

“Imagine going without flushing a toilet or doing dishes or bathing or just having something to drink,” said Steve Bollman, manager at American Legion Post 199. “So, anything we can take down there to help them out is what we’re here for.”

Sterling said the response to help has been huge from the Edwardsville community.

“We sent out a mass email to all of our members we have 388 and we’ve had people all day bringing up one, two, three cases, 10 cases of water,” he said. “A local judge donated 20 cases of water. Sam’s Club donated 48 cases. Schnucks, Dierbergs have all thrown in.”

Bollman said everyone at the American Legion is happy to be able to help another community in need.

“One of the cornerstones of the American Legion is to be here to help a community whether its our community or anyone else in the United States,” he said.

Sterling said they are leaving Friday to head towards Mississippi.

“We’re leaving 5 o’clock Friday and we have the Edwardsville police and fire, if they’re able, are going to lights and siren us out of town,” he said.

If you would like to help, they accept cases of water or monetary donations through 5 p.m. Friday when they leave for Jackson.

Summer In The Alps / Best Places To Spend An Alpine Summer

Garbage piling up in UCity weeks after historic rains