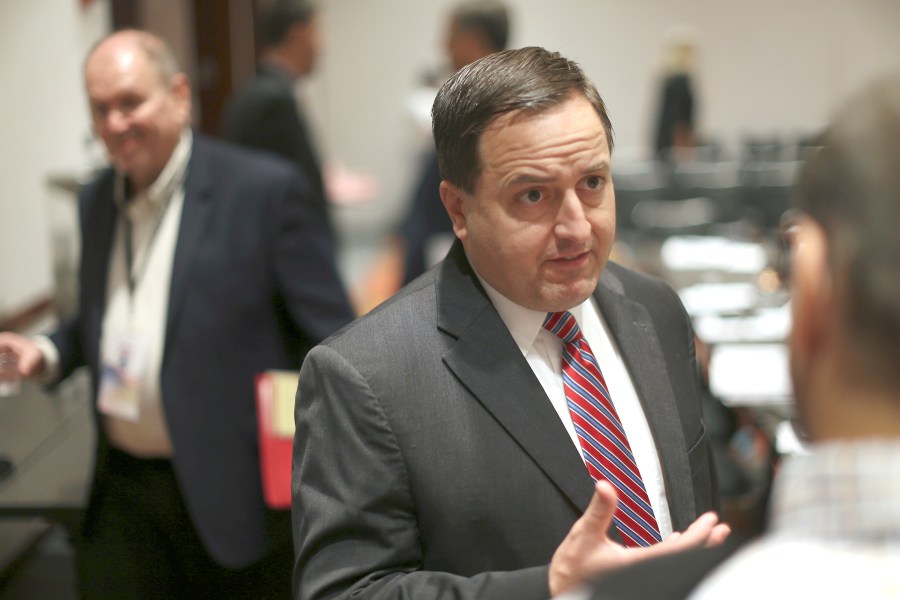 A Columbia attorney hoping to enshrine abortion rights in the Missouri Constitution is suing Secretary of State Jay Ashcroft to force a review of his initiative petition prior to the November election.

In the case filed Aug. 10, Jeff Basinger wrote that he submitted his proposal with all the required paperwork on July 29, only to receive a reply from Ashcroft’s office that it would not start the review required by law until Nov. 9, the day after this year’s general election.

There is nothing in state law or regulations requiring backers of an initiative to wait until after one election to begin petitioning for the next election, Basinger wrote.

“Without authority, the state has delayed, hindered and impeded (Basinger’s) right to place his proposal to a direct vote of Missourians,” Basinger wrote.

Cole County Circuit Court Judge Jon Beetem scheduled a hearing for Friday where Basinger said he will argue for an expedited process. Every day that passes is a day lost for determining form or financial issues with the petition, to see similar proposals from others and prepare for a signature campaign, he said.

“I am saying time is of the essence,” Basinger said. “My whole thing is, and my motion for a scheduling order states, that everybody should be able to put a proposal up there that they think is worthy of circulation.”

JoDonn Chaney, a spokesman for the secretary of state’s office, declined to comment on the lawsuit.

When a proposed initiative is submitted to the secretary of state’s office, it triggers a time-limited review. That process, which can take up to 51 days, includes examination by the attorney general’s office to make sure the proposal is in the proper legal form and an estimate of fiscal impact on state and local governments by the state auditor.

The laws outlining those requirements do not direct the secretary of state to delay the process until after a general election or limit signature gathering to a particular time period prior to submission.

Of the 89 initiatives submitted for review in advance of this year’s election, 49 were certified for circulation. Only two, to implement ranked-choice voting and to legalize marijuana, were submitted with signatures. And only the marijuana initiative was certified to appear on the November ballot.

Missouri requires the necessary signatures to be gathered in six of the state’s eight congressional districts.

In June, the U.S. Supreme Court reversed its 1973 Roe v. Wade decision, ending federal protections for abortion rights. Within a few minutes of the ruling, Missouri’s trigger law took effect, banning all abortions except in cases of medical emergency.

Basinger said the proposal he submitted would add exceptions for pregnancies resulting from rape or incest and to protect the health of the woman. It would have also mandated that the state allow women seeking an abortion to obtain medications approved by the FDA.

The proposal is his own idea, Basinger said, and he is not working with or consulted any abortion-rights groups.

He wrote it, he said, before a landslide victory for abortion rights in Kansas. On Aug. 2, residents of that state voted overwhelmingly against a proposal that would have let lawmakers write restrictive laws like the one in effect in Missouri.

The Kansas vote has made him more ambitious about the chances of stronger abortion rights protections, Basinger said.

“My thought was to play it conservative,” Basinger said. “I probably really underestimated Missourians with my proposal.”

In February, the Missouri Supreme Court ruled that requiring the full review process to be completed before signatures can be collected violated the right to seek a referendum on the 2019 law that included the trigger provision.

“The legislature must not be permitted to use procedural formalities to interfere with or impede this constitutional right that is so integral to Missouri’s democratic system of government,” the court ruled.

A referendum petition to force a vote on a new state law must be submitted within 90 days of the end of a legislative session. There is no limit in state law for the time period to gather signatures for an initiative that proposes a new law or constitutional amendment.

His court case cites that ruling, Basinger said, but does not rely on it. Instead, he said, he wants Ashcroft to prove he has authority in law to delay the review.

“They need a statute,” he said. “I am still where I was at the beginning of the month.”

This story has been updated since it was initially published.

Rise Of Casino Sportsbooks And Their Growing Popularity: What You Should Know

I Was There When: AI helped create a vaccine