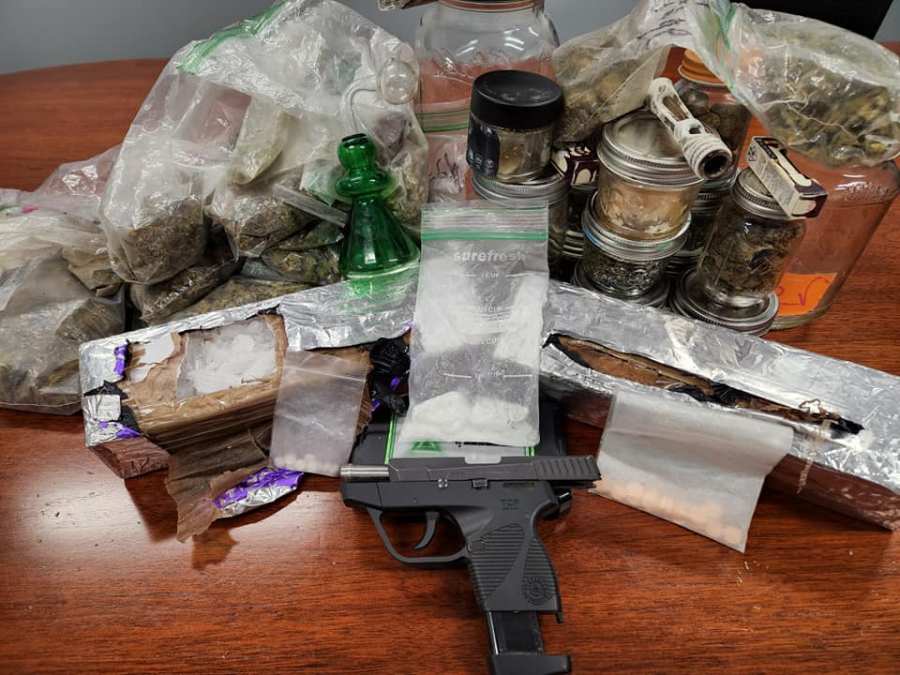 WARREN COUNTY, Mo. – An O’Fallon, Missouri man is behind bars after police recovered meth and other drugs from a large bust in Warren County.

Police seized two pounds of crystal methamphetamine, more than a pound of marijuana, various types of THC oil and prescription pills that fall under the controlled substances act. The bust also led police to a loaded firearm.

The bust happened just before midnight Thursday while a deputy patrolled the Flying J Travel Center. A deputy noticed a suspicious vehicle in the area, then made way to the driver. Investigators say the deputy asked the man inside the vehicle to get out several times and he refused to do so.

While investigating, police found the man in immediate possession of 16 grams of crystal methamphetamine. The suspect was eventually arrested and sent to the Warren County Jail. He faces pending drugs and weapons charges.

Investigators say the suspect was on probation for drugs and stealing charges.