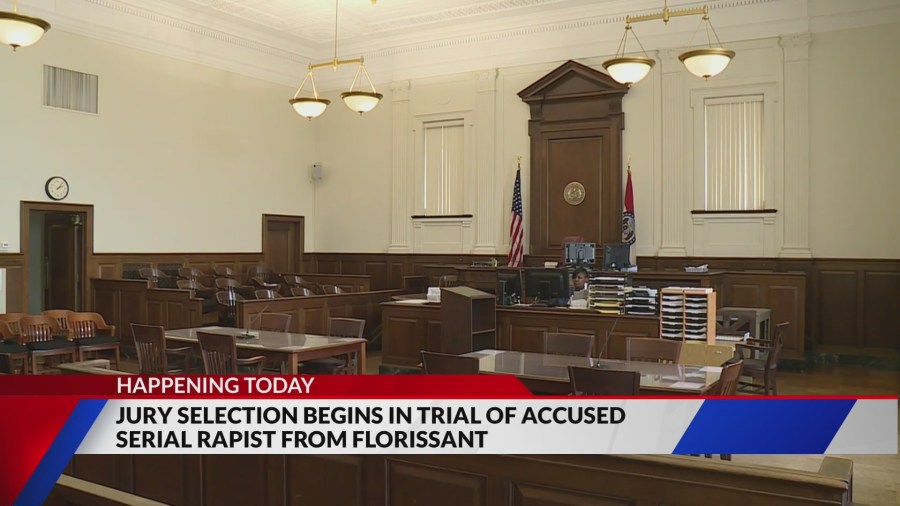 Jury selection is slated to start at 9:00 a.m. in Division 18 with the trial expected to begin Tuesday, September, 13. Here’s a mugshot of 23-year-old Dominic Yocco. He is facing around 30 sex charges involving ten different minors.

Those charges include first-degree rape, first-degree statutory rape, second-degree sodomy, and statutory sodomy with a person under 14 years old. The crimes allegedly happened between November 2016 and July 2018 in St. Louis County. Authorities said Yocco lured girls to his home using social media and that some of the underage girls were unconscious when Yocco had sex with them.

Yocco has been out of jail on a $250,000 cash-only bond at his grandmother’s home while he awaited trial. We’re told there has been a court order in place that Yocco must stay away from girls he’s not related to while also submitting to electronic monitoring. Yocco has not been allowed to have social media or internet on his phone and his home internet use has been monitored.

However, a new cell phone video has raised questions about whether Yocco has been following the conditions placed upon him. We will see what unfolds in court later Monday morning.