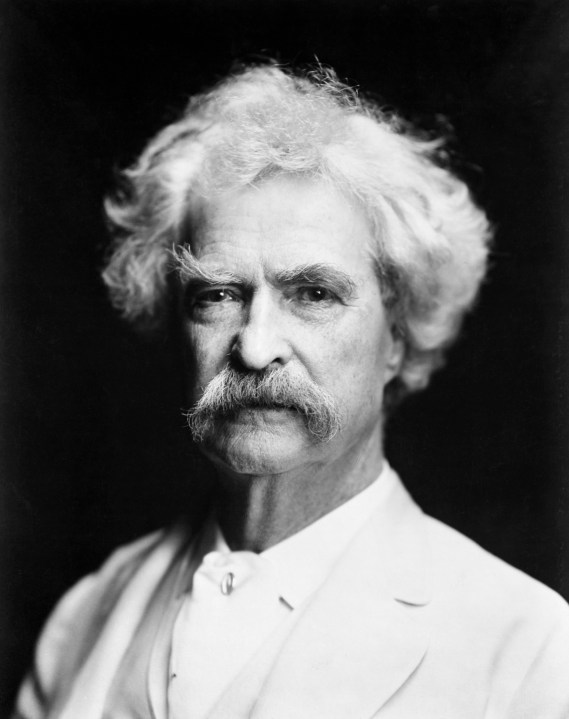 ST. LOUIS — Emily Grant Hutchings was a St. Louis journalist in the 1900s. She was known as a renowned writer at the time; until her book “Jap Herron”.

“Jap Herron” is a short novel that takes place in a town in Missouri and tells how a boy is born into poverty and, with the help of a wealthy couple, grows into a successful man who helps his town.

She claimed that her novel, “Jap Herron” was written by Mark Twain’s ghost. Hutchings said she wrote this novel by using an Ouija Board because Twain had already been dead six years before she started writing. Hutchings ghost wrote a story with Mark Twain.

Hutchings was a journalist in the late 1800s and early 1900s. She reported on topics such as the Worlds Fair in St. Louis. Hutchings was published in the General Press Bureau, writing a story a day, which was printed all over the world, thus causing her to gain notability as a writer.

The former writer Mark Twain ends up playing a bigger role in Hutchings’ life. Allegedly, Hutchings met Twain when he visited St. Louis in June of 1902.

Six years after Twain’s death in 1910, Emily Grant Hutchings responded to an invitation from a small psychical research society. This information and the following are from Hutchings’s words that come from a letter in her book “Jap Herron” called “The coming of Jap Herron” explaining how Twain and Hutchings wrote a book together after his death.

“When word came that the lecturer was unavoidably detained, the hostess requested Mrs. Lola V. Hays to entertain the members and guests by a demonstration of her ability to transmit spirit messages by means of a planchette and a lettered board,” said Hutchings in her letter.

She said that she attended a meeting twice. Both times Twain had come through to talk to her.

In the third meeting, Hutchings did not attend, but she did get a phone call from a Hays. Hutchings said at this point that the ghost of Twain was asking for her during the meeting she missed.

Allegedly Hays said that Twain contacted her through the board to inform her he had stories that he wanted to write. Since he’s a ghost, Hays said Twain needed help writing. Hays then went on a search to find the perfect vessel for Twain’s ghost.

According to Hutchings, Hays had tried with other members of the club, but the ghost of Twain was not satisfied until he met Hutchings.

“A twenty-minute test with me seemed to convince him that in me he had found the negative side of the mysterious human mechanism for which he had been waiting,” Hutchings wrote in her letter.

The transcribing and writing process through Ouija Board was described as painstakingly slow and confusing. Hutching said that the plot of the story was spelled out to them in a synopsis form. She said that there would be points where Twain’s ghost would go off on a tangent not related to the story.

It wasn’t until summer that Hutchings and Hays were starting to get comfortable talking through a planchet. At this point, they believed they were talking to Mark Twain’s ghost without a doubt in mind.

“That the story of Jap Herron and the two short stories which preceded it are the actual post-mortem work of Samuel L. Clemens, known to the world as Mark Twain, we do not for one moment doubt,” said Hutchings. “His individuality has been revealed to us in ways which could leave no question in our minds.”

Hutchings claimed that all the words in the story were the way that Twain wanted them, curse words and grammar mistakes, and all of the punctuation and complex sentences came from Twain.

Hutchings did say that they added quotation marks, commas, periods, and other grammatical punctuation to the board to help Twain’s ghost with this transcript.

“Before our next meeting the board had been duly adorned with ten of the most important marks, including the hyphen and the M-dash,” said Hutchings. “My husband, Mrs. Hays and I knew exactly what all these markings meanly yet we had some confusion because Mark insisted on using the comma when he wished to indicate a possessive case.”

According to Hutchings’ letter, Twain’s ghost responded by saying, “that apostrophe is too far down. I am in danger of falling off the board every time I make a run for it.”

As result, they moved the apostrophe towards the middle of the board to please Twain’s ghost.

Hutching said that Twain’s ghost was demanding and did not like her or Hays interfering with his wording or ideas. Even if the words they were using seemed to be informal and foreign to them.

“Again and again we have had the word “good” in an adverbial construction, a usage that is not common to either Mrs. Hays or me; but Mark has told us that he liked it, in familiar conversation,” said Hutchings. “We have tried to adhere with absolute fidelity to even the seeming errors which came over the board.”

Hutchings stated in her letter that she got an invitation to work on another psychic work but Twain’s ghost had threatened her so she declined to attend.

“I don’t want to be disappointed in the Hannibal girl. I have been trying for several years to get through to the light. I don’t want a false sentiment for a crew of fanatics to wreck my chance,” Twain’s ghost allegedly said. “I don’t want to act nasty, but if you go into that other work I am likely to ruin your reputation…So, my dear girls, if you want a future, cut it out. I don’t want to command all your time, but right now it is best to avoid all complications.”

Hutchings said after this comment, that when something went wrong with the transcribing, Twain’s ghost would make a snarky mark toward her.

Hutchings goes on to explain the process of ghostwriting with Twain’s ghost. The way that Hutchings explained the process made Twain’s ghost sound like he had the personality of an autocratic boss. The type of individual who would not be pleasant at work.

The letter made Hutchings sound like she was being favored but also the one who got into the most trouble when something went wrong.

“The story of Jap Herron, as it stands completed, does not follow the original order of the first fifteen chapters,” said Hutchings. “The early part of the tale was handled in a manner so sketchy and rapid in its action that three whole chapters and seven fragments of chapters were dictated and inserted after the work was finished.”

Hutchings says that she does not lay any claim on the book Jap Herron and that all the words came from Twain’s ghost.

The “Jap Herron” was published by Mitchelle Kennerley in 1917 and had 245 pages.

After the work was published Clara Clemens, Mark Twain’s daughter, filed a lawsuit in the Supreme Court against Hutchings and her publisher Mitchell Kennerley on June 8, 1918.

According to Journalnews.com Clemens pushed for the lawsuit to stop Hutchings and Kennerley from using Twain’s name to make money.

Clemens wanted Hutchings and Hays to either admit that they made up the book or donate the proceeds to the Mark Twain estate and the publisher who owns the rights to Twain’s books, Harper & Brothers.

The case of infringement that Clemens claimed could not be proven true because it’s hard to prove that Twain’s ghost spoke through an Ouija board.

But even so, Hutchings and Hays agreed to halt the publication of the book and remove all copies from stores. The lawsuit never made it to trial.