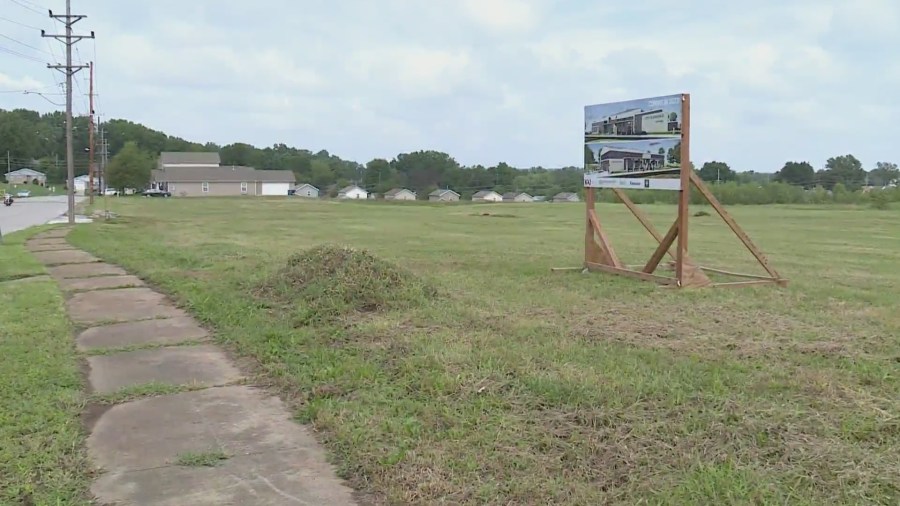 JENNINGS, Mo. – The residents in north county are frustrated over a multimillion-dollar project to build a new city hall in the area.

Jennings residents said the city has other needs than a new city hall. Some said it is a waste of money to construct a new building.

“Absolutely a waste of money when it can be used on so many more things,” said Culega Hendricks. “I bought my first home in Jennings. It was intentional because it was cared for, it was clean now, I’m almost sad to say I live in Jennings because it’s dirty. The trees are outgrown, the grass is outgrown, the streets are ugly.”

“I always use this as a scenario would you go out and buy new furniture and put it in a dirty house,” Hendricks said.

The plan was issued by Jennings Mayor Yolanda Austin and members of the council. The city has already spent money on the project. The city officials said $750,000 was paid for the land to build the city hall complex. They will also have to spend about $200,000 in sewer and stormwater work.

Jennings officials discovered they could not afford an estimated total cost of $14 million to build the new city hall. They are trying to find a way to cut some of the costs.

Jennings Councilman Gary Johnson said he is against the plan. He said the funds could have been used to refurbish troubled neighborhoods.

”The number one thing that people want to see is demolition. It was stated in a meeting, we have over a thousand vacant properties sitting abandoned,” Johnson said. “We could put a dent in that.”

FOX 2 reached out to Jennings Mayor Austin for comment but we did not receive a response.