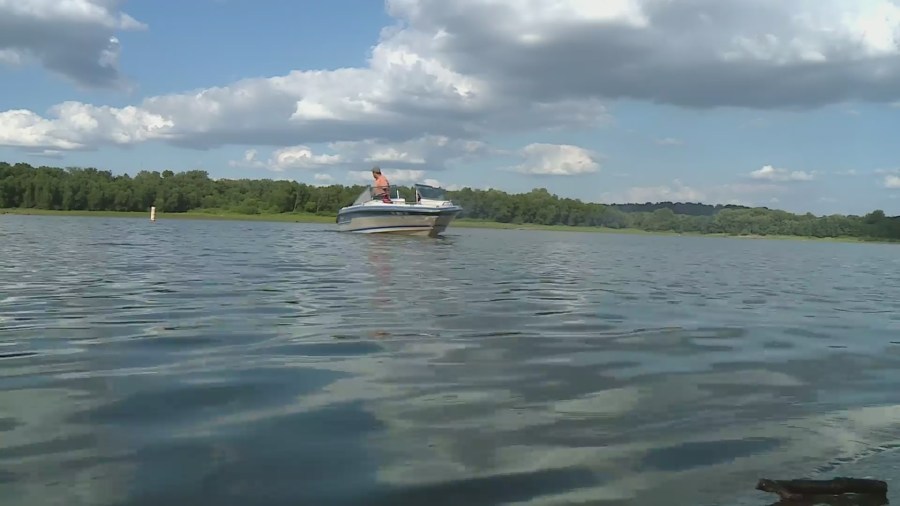 FENTON, Mo. – A man from Byrnes Mill in Jefferson County was killed Saturday after being thrown from a boat in a drunk driving accident on the Lake of the Ozarks.

The crash happened after 9:00 p.m. near Morgan County. It is around 50 to 60 lake miles away from popular areas near Lake Ozark and Osage Beach. Asst. Chief William Sharp of the Northwest Fire Protection District in Climax Springs, Missouri was among those called to search for the victim’s body.

“You couldn’t see nothing, it was so dark,” Sharp said. “They’re not on the roadway, so they don’t think you can still get a BWI (boating while intoxicated). You can still die. You’re still in a moving vehicle.”

He said it was the fourth accident for his department in the past weeks.

According to the Missouri State Highway Patrol, Roy Jackson of Edwards, Missouri ran into the boat into a rock bluff. Thomas McKown, 58, was ejected from the boat and killed, according to Jackson’s arrest warrant.

Jackson is charged with felony “boating while intoxicated causing death” plus a misdemeanor charge of careless and imprudent boating. He and two others on the boat were taken to a hospital.

“The research shows that at a .03 on the water someone is as impaired as they would be at .08 on land. People are more impaired drink for drink on the water than they would be on land,” said Alex Otte, National President of Mothers Against Drunk Driving (MADD).

She said external elements like the hot sun and water motion were added factors.

In May, MADD chose the Lake of the Ozarks to kick off its first-ever nationwide boating under the influence prevention campaign, ‘Know Before You Boat’.

Otte was critically injured and lost her leg after being hit by a drunk boater in Kentucky, 12 years ago.

Jackson’s bond was set at $100,000. If convicted of the BWI, he faces up to three to 10 years in prison and 6 months in jail for the misdemeanor charge.

Inside the race to make human sex cells in the lab