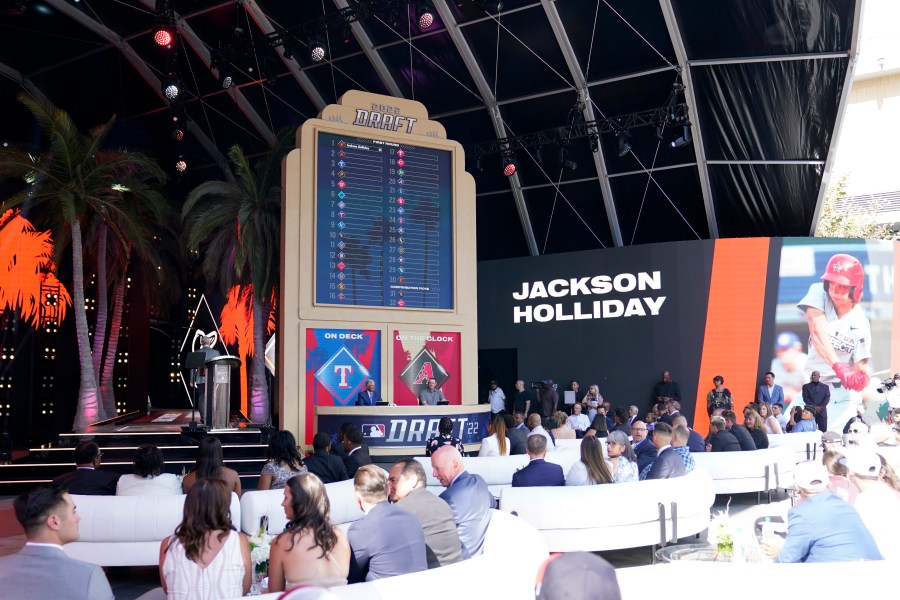 Jackson Holliday, the son of soon-to-be Cardinals Hall of Famer Matt Holliday, was chosen first by the Baltimore Orioles in the 2022 Major League Baseball draft.

In 40 games this spring at Stillwater High School (Oklahoma), Holliday hit .685 with 17 home runs and 79 RBI. His 89 total hits were the most by any player in the country.

Matt Holliday was a seven-time all-star who played 15 MLB seasons. He played eight of those seasons with the Cardinals. In that time, Holliday hit .293 with 156 home runs and 616 RBI and won a World Series championship in 2011.

The Cardinals announced earlier this season that Holliday will be inducted into the team’s Hall of Fame.