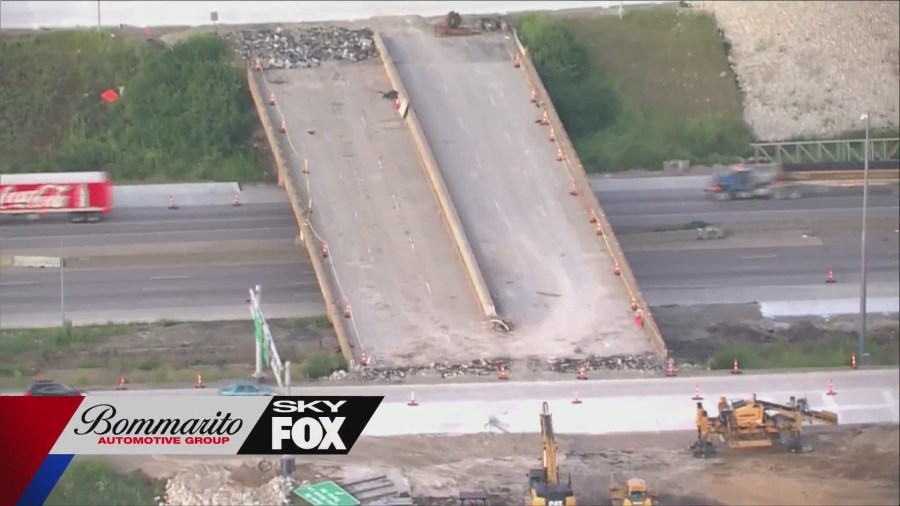 St. Louis — I-270 is shut down due to the demolishing of the old Lindbergh bridge.

Mo-dot wants you to avoid the interchange throughout the weekend. Traffic cones and road closure signs are up letting drivers know, to expect delays.

Ariell shaw, an avid user of the bridge said that “rush hour time it can get a little busy so a lot of people doesn’t know which way to go because they’re not familiar with it.”

Shaw hopes road crews will make the transition to different routes a little clearer to help redirected drivers can know where they’re going.

This video from the Bommarito automotive Skyfox shows the interchange. Mo-dot says drivers will still be able to travel east and Westbound during the closure, but they recommend using a detour.

Eric Kopinski, Missouri Department of Transportation director of the I-270 north project said, “we do anticipate there to be Extended travel times for north and southbound Lindbergh.”

Kopinski said that they do have traffic engineers on site all weekend.
“They’ll be adjusting traffic signal times but we just have tremendous traffic volume that will be impacted.”

This project is part of major improvements MO-DOT is making to 270 in North County. Mo-DOT says the changes will improve traffic flow for drivers.

“This is one of our busiest interchanges in the entire state,” Kopinski said. “We’ve done a lot of traffic modeling and safety analysis.”

Kopinski said when Mo-DOT is complete with this interchange, “the safety benefits are going to be tremendous and traffic flow through here will be much improved.”

Shaw says the interchange can be a little confusing and has this advice for drivers.

Bystander caught in vehicle crossfire at I-70 off-ramp

Molina goes on restricted list; Cards give Yadi weekend off