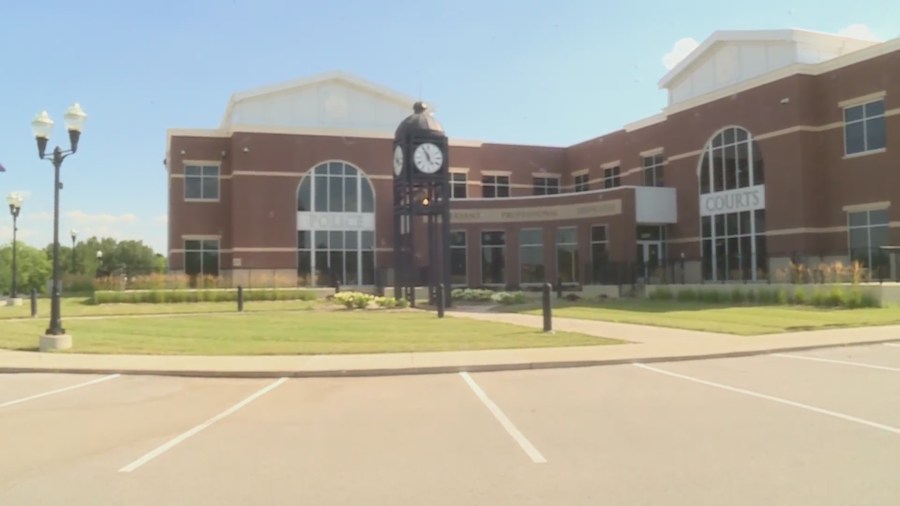 HAZELWOOD, Mo. – The attorney for Hazelwood Police Chief, Gregg Hall, claims the chief was not driving drunk when he was pulled over for driving while intoxicated (DWI) in O’Fallon, Missouri more than six weeks ago.

Police stopped him after 3 a.m. Saturday, May 28, on Highway K near Highway 364 at the Dardenne Crossing Shopping Center.

Hall’s attorney, Travis Noble, said he has issues with every critical aspect of the police account. According to police, Hall’s vehicle was “weaving” on Highway K and he failed both field sobriety tests, and a portable breathalyzer test, blowing more than two times the legal limit.

“The chief clearly tells him on the tape that has problems with his legs,” said Noble. “He should have never even given him the test. He knew he was going to have balance problems. The chief is not a candidate for those tests. The balance tests looked horrible. They should look horrible.”

Noble said the police video does not show the alleged “weaving” and the officer failed to follow the “15 Minute Rule”, which calls for police to observe a DWI suspect for 15 minutes before using a field breathalyzer. It’s to make sure the suspect’s mouth is clear of any food, liquid, or chewing gum, and to keep residual alcohol in the mouth from tainting the test results.

John Neske, who was the O’Fallon Police Chief at the time, but has since retired, came to the scene and gave Hall a ride home. Hall was not arrested and police did not seek a DWI charge.

“Had they asked him to go to the station and take a breath or blood test, he would have done it and shown that this is not a situation where he was drinking and driving,” said Noble. “There’s no indication that I’ve seen that he was drunk. There’s no evidence that would ever be presented in court and be able to show that he was driving under the influence of alcohol.”

He said he called it a ‘dream case’ to defend in court.

O’Fallon Police released a statement to Fox 2 News but has not released video of the incident as of Thursday.

“We have reviewed body camera footage from the traffic stop involving Hazelwood Chief Greg Hall,” the statement said.  “We have been in contact with the City of Hazelwood…we will continue to cooperate fully with their investigation…”

Hazelwood Mayor Matthew Robinson did not respond to Fox 2 News Thursday regarding Chief Hall’s current status and future with the department.

Five Things That Happened On July 15 In Soap History