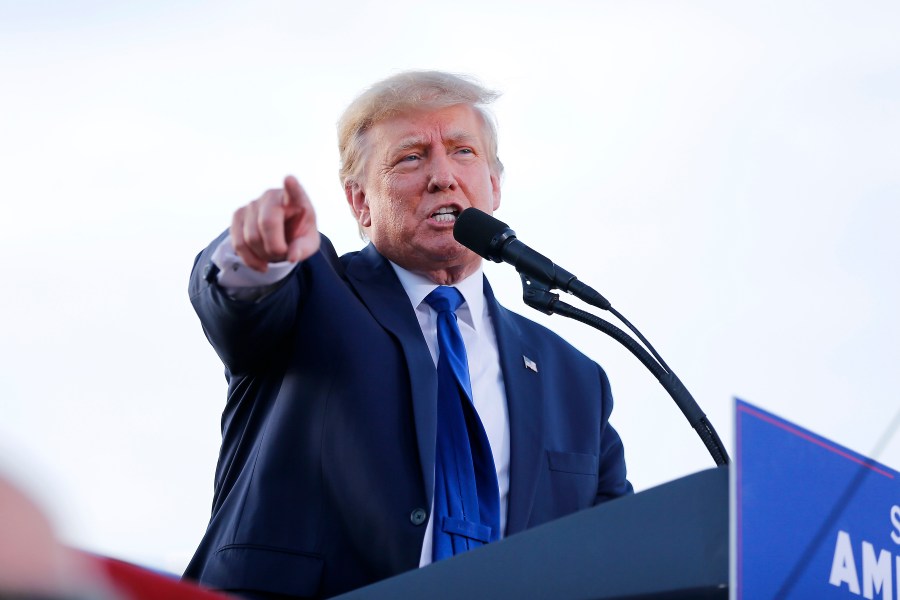 ST. LOUIS – Less than 24 hours before the polls open for the Missouri primary election, two Republican candidates in the U.S. Senate race with the same first name are claiming a highly sought-after endorsement.

Both Missouri Attorney General Eric Schmitt and former Governor Eric Greitens are thanking former President Donald Trump for his endorsement of “ERIC,” even if said endorsement lacks the specificity of a last name.

“Honored to have the support of President Trump! We will MAGA! 🇺🇸,” Greitens tweeted.

Trump’s Save America PAC sent out a statement Monday afternoon saying the state should support a “MAGA Champion and True Warrior to the U.S. Senate.”

There is a BIG Election in the Great State of Missouri, and we must send a MAGA Champion and True Warrior to the U.S. Senate, someone who will fight for Border Security, Election Integrity, our Military and Great Veterans, together with having a powerful toughness on Crime and the Border. We need a person who will not back down to the Radical Left Lunatics who are destroying our Country. I trust the Great People of Missouri, on this one, to make up their own minds, much as they did when they gave me landslide victories in the 2016 and 2020 Elections, and I am therefore proud to announce that ERIC has my Complete and Total Endorsement!

Statement from Save America PAC

The former president’s statement didn’t mention which Eric he’d endorsed in the race. Greitens, Eric McElroy, and Eric Schmitt are all running in the August 2 primary.

Greitens’ tweet appeared to clear up any confusion, but Schmitt’s campaign seized on the opportunity to also thank the former commander in chief.

“…We are going to win big and I look forward to restoring the America First agenda with you,” Schmitt said.

Trump had already said he would not endorse Congresswoman Vicky Hartzler.

Clean-up efforts from the flash flood continue in O’Fallon