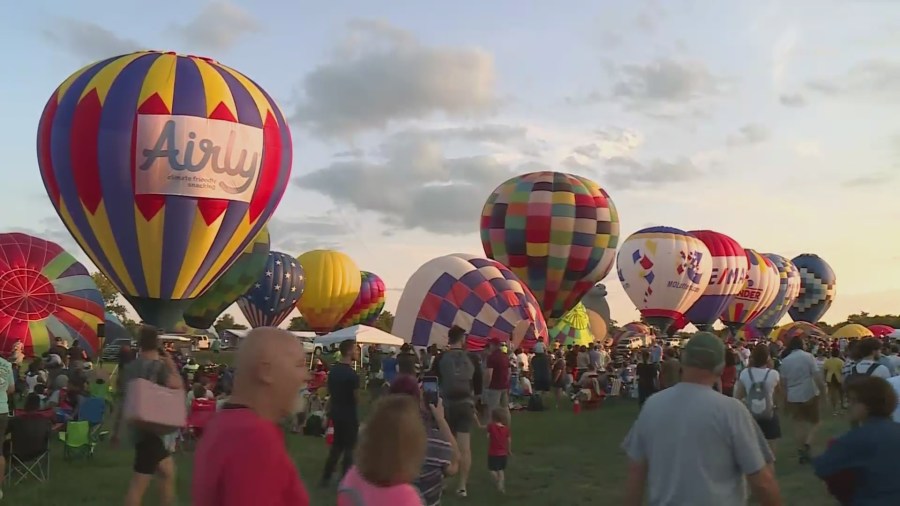 ST. LOUIS – One of the biggest events of the year is back. The Great Forest Park Balloon Race is going all out for its 50th anniversary.

The event kicked off Friday with the balloon glow. Fifty-one balloons were awaiting their big transformation, five of which are for the special milestone.

“It’s just something magical!” said a young kid visiting with her family.

As crowds came early to find the perfect spot, they picked out their favorite ones.

“That dragon balloon!” said one kid.

“The red, yellow, pink, and black,” said another kid.

For some, it’s their first time attending the event.

“There’s a lot more balloons than I thought and they’re huge!” said one visitor.

For others, they have been attending the festival for years.

“The balloons are beautiful. There’s so much to see, so many people walking around. It’s nice out. It’s a great event, this has really grown too,” said visitor, Helen Kaemmerer.

The Executive Communications Director for the Great Forest Park Balloon Race, Jessica Steger, said the event is a “kick off to fall.”

“It’s a kickoff to fall. It’s something everyone looks forward to every year,” Steger said. “It’s really an opportunity for everyone to feel like a kid again. It’s so special, and they just bring such joy.”

All the 51 balloons lit up around 7 p.m. making a beautiful glow for the spectators.

“The peacefulness, getting up in the air and flying with the wind, it’s an amazing feeling. There’s no other experience that I’ve found that gives me that adrenaline rush, that will put me up in peace and have a good time doing it,” said balloon pilot, Aaron Gebhart.

The field will open again on Saturday at 1p.m., with the race starting at 4:30pm.