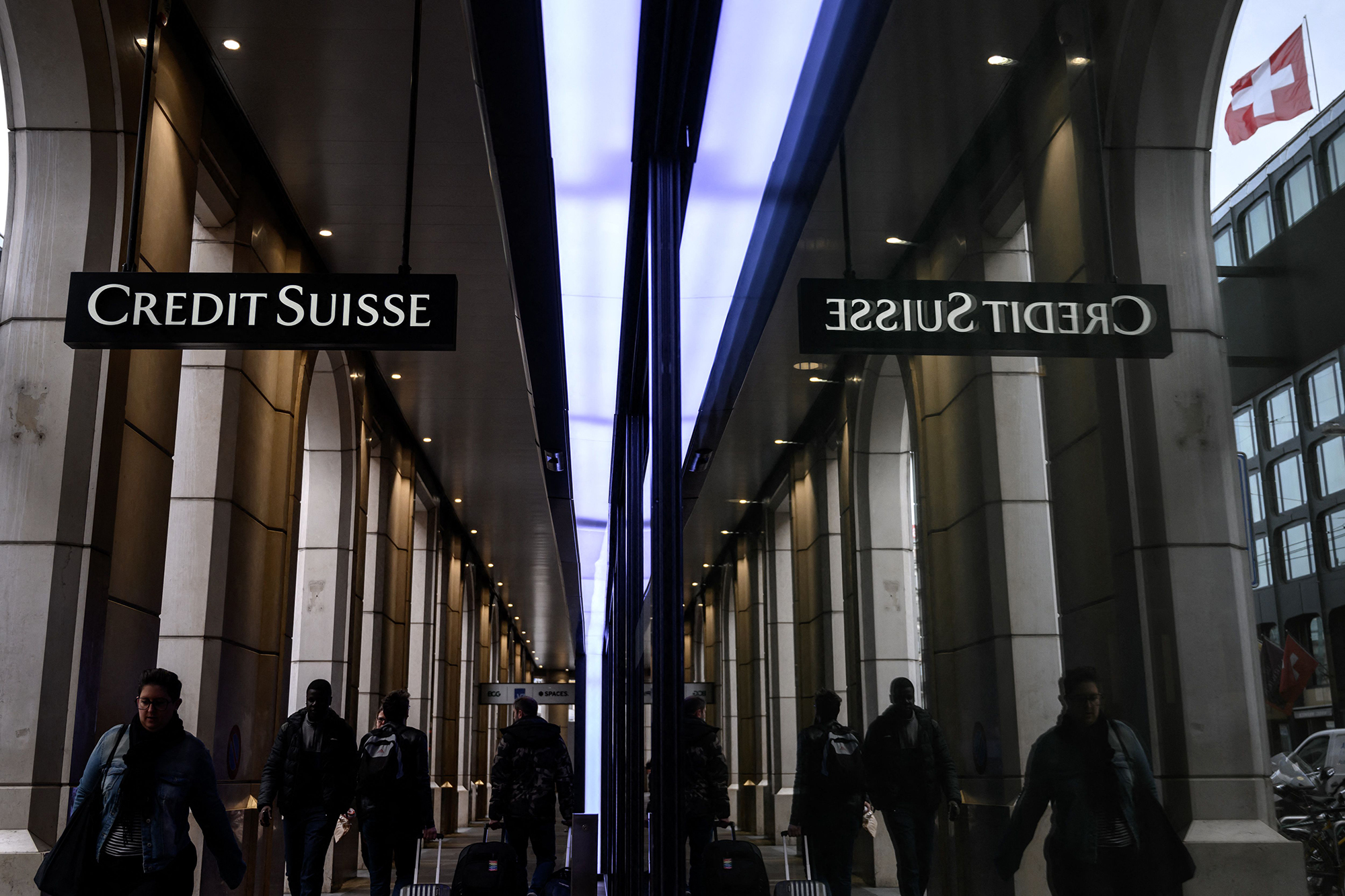 New York Post may be compensated and/or receive an affiliate commission if you buy through our links.

Wall Street banking giants including Goldman Sachs, JPMorgan Chase and Morgan Stanley are snapping up Credit Suisse executives as the troubled Swiss bank faces paltry revenues and accusations of money laundering and ignoring Russian sanctions, according to a report.

Credit Suisse bankers — who reportedly are compensated between 30% and 50% less than competitors at Goldman and JPMorgan — are exiting as the Swiss bank signals it could be forced to make wide-ranging cuts to its workforce, according to the report from Efinancialcareers, a UK-based news site.

The exits come after 69 senior executives left Credit Suisse last year. After the mass departure in 2021, Credit Suisse attempted to keep talent by introducing generous stock-based retention bonuses that went to high-performers who committed to stick around for three years.

Still, the bonuses paled in comparison to what top-tier banks like JPMorgan offer. According to the report, at Goldman, JPMorgan, and Morgan Stanley top managing directors can make $1.5M, $1.6M, and $1.7 million for a good year. At Credit Suisse, that number is closer to $1 million.

Credit Suisse shares have plummeted from more than $10 at the beginning of 2022 to just over $5 per share in July. In addition to regulatory issues, the bank is still grappling with roughly $5.5 billion in losses it sustained last year after one of its clients — family office Archegos Capital — blew up leaving the Swiss bank holding the bag.

Credit Suisse is trying to paint a rosy picture that its turning the ship around. In June, investment bank chief David Miller said 55 managing directors were coming aboard. It’s unclear how they new hires square with jobs cuts — or how many employees will eventually. be handed the dreaded pink slip.