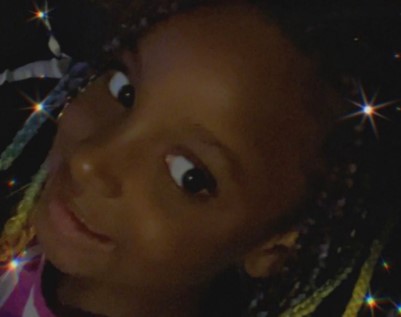 ST. LOUIS – A six-year-old girl was reunited with her father Thursday night in St Louis after authorities say she was abducted by her non-custodial mother earlier this week in Michigan.

The Muskegon Heights Police Department in Michigan says Elena Johnson was taken from her father’s home by her non-custodial mother on Monday. Police say the suspects were armed in a violent home invasion and shot at the father. The father was not injured, but the suspect shot and killed a dog.

The Federal Bureau of Investigation Division in St. Louis said Friday that Robert Lomack, 60, and Seaniece Johnson, 32, are in custody over the abduction of Elena Johnson. The FBI has not confirmed the suspects’ relationship to the child.

Johnson waived her extradition hearing and has been charged with home invasion in Michigan State Court. Lomack was arrested on violation of his parole.

Michigan State Police, the FBI and St. Louis area law enforcement agencies helped in the investigation. Within eight hours of being notified that Johnson might be in St. Louis, the FBI helped rescue the girl. Authorities say the little girl was not hurt and is in good spirits.

This is a developing story. FOX 2 will update as more information becomes available.