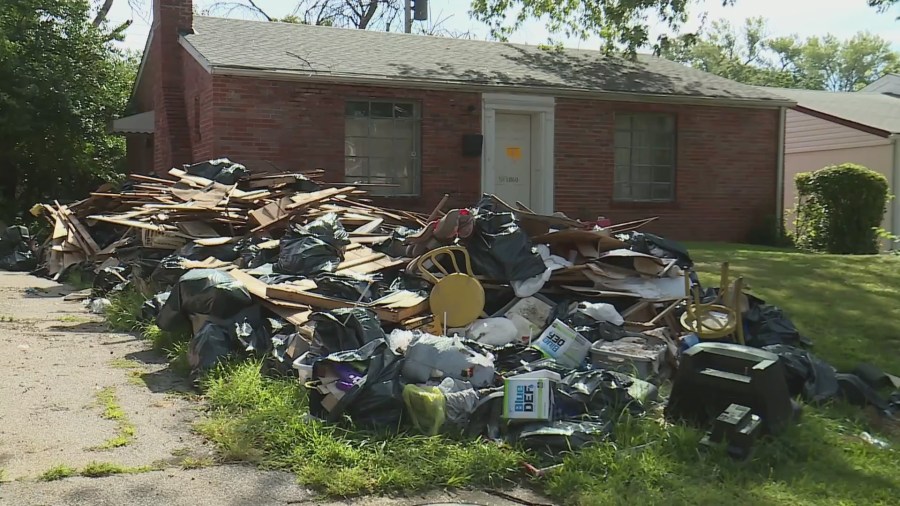 UNIVERSITY CITY, Mo. – Mountains of trash have been ignored on some University City streets for weeks. Many of these piles of garbage have sat untouched for six weeks. Residents say they’re told they may have to wait another two weeks for pickup.

Trent Rieger moved to University City from Illinois right before the floods.

“For the first month living here, you’ve got kids running around, neighbors out talking to one another, and now it’s like it doesn’t feel like the neighborhood anymore,” he said.


What are the odds? Cardinals current chances at postseason, World Series title

Marilyn Albert-Hack has lived there for almost 30 years.

“I know there have been floods up north of here in UCity, but not here. Not since 1984,” she said.

The contents of Albert-Hack’s entire home are now sitting in her driveway. She’s also president of the Clayton Community Theatre, which means the trash pile includes decades of dramatic props and costumes.

“I can’t believe it. They told me yesterday, I did get a phone call from the city, finally, that sometime between the 19th and 23rd of September, they expect this area to be picked up,” she said.

A concerned citizen asked how such a delay is possible, pointing out the city has dump trucks just sitting in a parking lot on the Delmar Loop.

When FOX 2 went to investigate, we found the reason. The garbage trucks were also damaged by flooding. There is visible evidence, such as flood debris that remains on the hood of one truck and under the hood of another.

It’s evident just how far underwater another dump truck was because of floodwater trace markings left behind inside the cab. The water line exceeds five feet.

The city manager for University City confirmed that six public works vehicles were flooded beyond repair. He said that includes their entire fleet for trash service. They’re now relying on mutual aid from other communities to pick up garbage.

Meanwhile, Albert-Hack says she was not only struck by an act of God, but also by an act of man. Condemnation orders went up right after the floods saying no one could be home overnight until follow-up safety inspections happened

According to Albert-Hack, it was “…an open invitation to anyone who wanted to break in. Well, the next day we had a break-in. I have windows boarded up from that and I’ve lost a lot of jewelry.”

Marilyn and her husband, Sam, started a GoFundMe page to help with their flood recovery struggles.