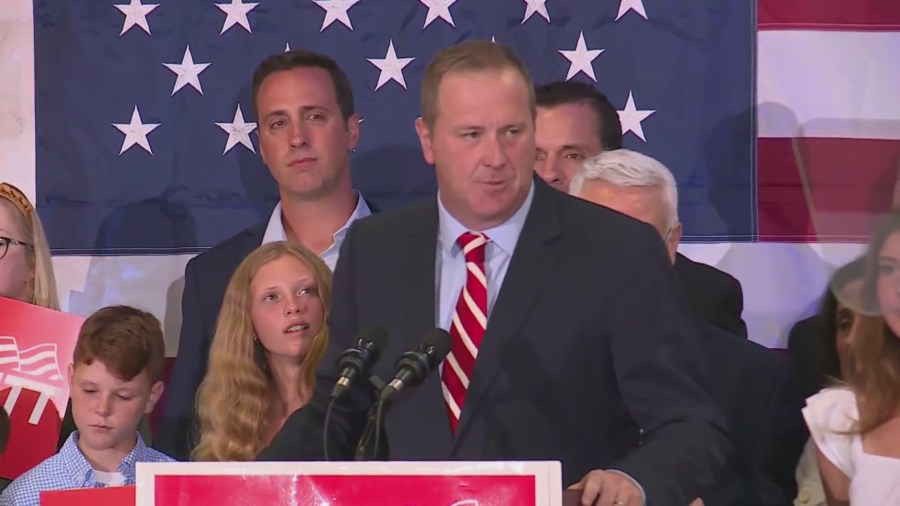 Schmitt received more than a lesson on classic cars during his visit. He picked up an endorsement from the National Federation of Independent Business (NFIB).

“That’s why I’m running to fight for guys like Jack and the NFIB who’s endorsing me here today,” Schmitt said. “They represent small businesses and they’re the ones who’ve been hurt the most by high inflation and Biden’s policies.”

“Eric’s just proven that he’s gone to bat for small business time and time again, and we’re going to bat for him. If anybody needs some support right now, it’s small business owners,” Brad Jones, the NFIB’s Missouri director, said. “You’ve heard from Jack and businesses just like Jack’s. With the labor problems and the inflation that’s eating up every one of them, it’s a major, major problem.”

Jack Schroeder’s owned this business since 1992. He says it’s never been harder to find workers.

“Labor shortage. That’s the biggest thing. In this industry, I think our average tech is 57 years old. We don’t have any up-and-coming young individuals,” Schroeder said. “The tech schools can’t provide us enough fast enough. Eric’s a hardworking guy. I’m looking forward to what he can accomplish up in D.C. ‘The Swamp,’ as the call it.”

He’s hopeful Schmitt will not only address the labor problem should he be elected to the Senate, but also work to ease regulations.

“When you choke the supply of energy and when you pump trillions of dollars into the economy, you get higher inflation. It’s crushing small businesses like Jack’s,” Schmitt said. “Working families across the state are struggling. We need to be energy dominant again. We need to control the spending and bring some sanity back to Washington.”

With less than two months until the midterm election, it won’t be long until voters decide if Schmitt gets his chance to fulfill those plans in the Senate.

The American Red Cross in need of volunteers for disaster response