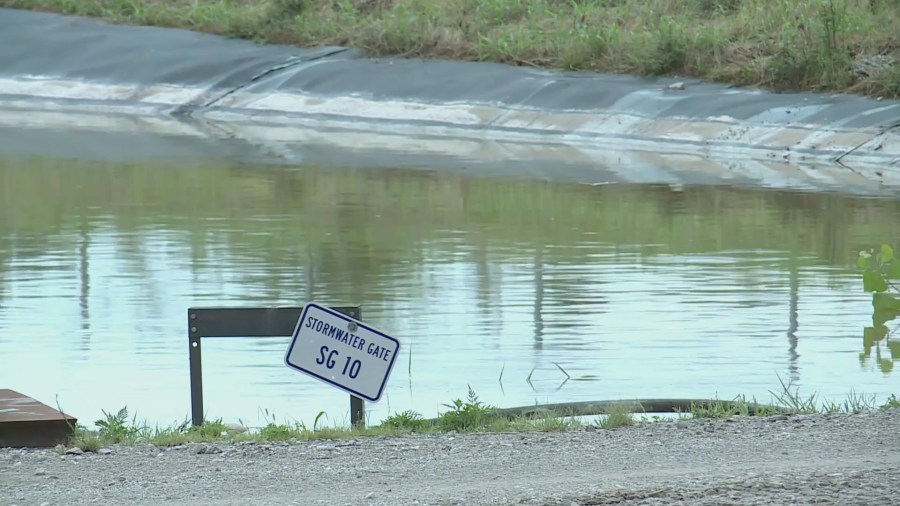 BRIDGETON, Mo. – Several contaminated landfills were affected by flood waters this week. FOX 2 was checking out one of the superfund sites when EPA investigators showed up.

Activist Dawn Chapman was also on scene. She’s been pushing for nuclear waste clean-up for years.

“This was actually our worst-case scenario, she said. “These are subatomic particles. They will get up and move in the flood water.”

She took pictures of Tuesday’s flooding on both sides of the Bridgeton landfill. It’s a spot where the EPA has a plan to remove some of the radioactivity and cap the rest.

EPA engineers showed up Wednesday, as did an outreach director from Congresswoman Cori Bush’s office and State Rep. Doug Clemens.

Clemens said he was also on scene Tuesday.

“We are going to have storms that approach us and that do more damage than they have historically done, so controlling water outflow and cleaning up stuff at the surface is imperative,” he said.

EPA Region 7 wrote that its team has, “…completed its initial on-site assessment and has not identified any potential impacts to public health as a result of the rain event at the West Lake Landfill.”

A Bridgeton landfill spokesperson added, “Crews began working yesterday morning at 1:30 to keep $200 million of infrastructure on the site up and running during an unprecedented event. They were successful. The systems stayed up. The water went where it was designed to go.”

“I don’t know how much longer we can keep betting that we’re going to get lucky,” she said.

“Radioactive waste that belongs to the Department of Energy does not need to be on the surface anywhere in St. Louis County,” she said.

Tips For Getting Around Cuba + Bus Map