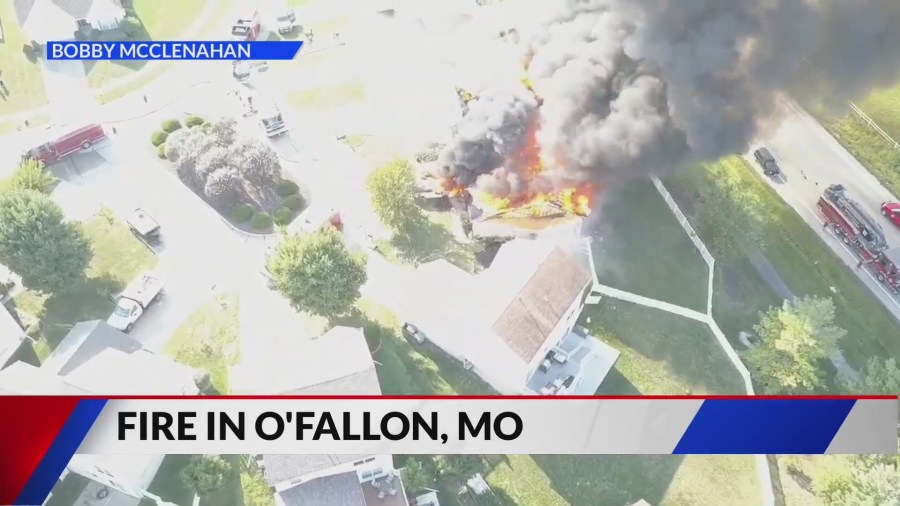 Investigators tell FOX 2 at least four homes suffered damaged after a blaze began in one home Saturday. Two families will be displaced after the fire spread and caused extreme damage to homes.

The fire intensified around 4 p.m. Saturday in the 300 block of Briarchase Circle. The Wentzville Fire Protection District, among the agencies responding, says it was fully-involved fire in one of the homes.

No injuries have been reported from the fire. It’s unclear what led up to the fire at this time. Two other homes damaged are still considered livable.