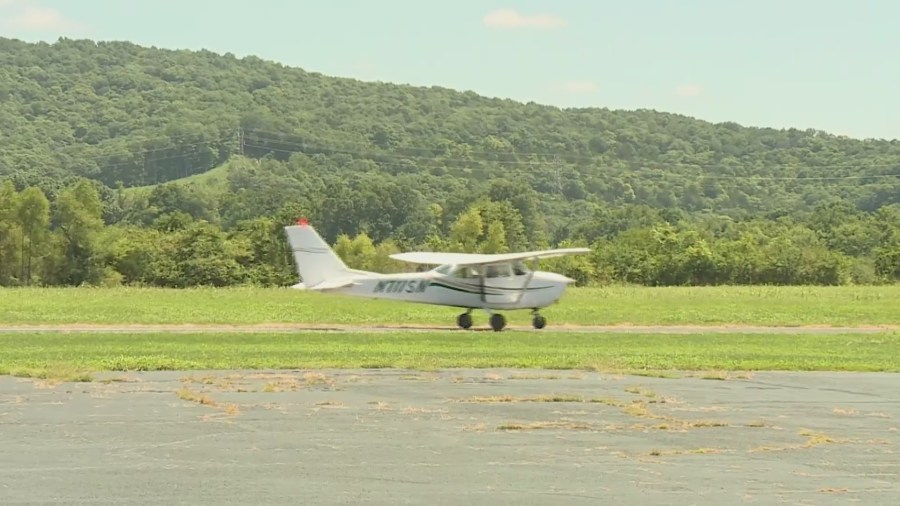 FESTUS, Mo. – A local airport is closing after more than eight decades. Come September, logbooks will have their final entry from Festus Memorial Airport, which will close its doors on September 27.

“We got notice about a month ago that it’s going to happen. And about a week ago they told us they’re going to try to close on the 27th. And the new owners do not want an airport on their property. So they basically said, ‘Get out by the 27th,’” said Paul Karasek, a flight instructor there.

This has been more than just an airport to many in the community.

“It’s almost a heartbreak. This was just home to all of us. And it’s going to be a shame to see it go,” Karasek said. “But the 27th the airport’s closed and the X’s will go out on the runway and that’ll be it for Festus.”

This quaint and friendly airport gave pilots the chance to fulfill the need to fly at a moment’s notice.

“A lot of people will just fly in from Illinois and land. Sit in there and drink a soda pop or something. It’s called going to get that $100 hamburger. That’s what it is. An old saying when we’re just wanting a reason to fly someplace,” said Mike Dutton, a local pilot.

The airport served as a training ground for a whole new generation of pilots.

“There’s nothing neater than watching the first-time person get in an airplane and fly it around. It’s just nirvana to them. And then that first solo is just unbelievable. They come out soaking wet and that and I’m just glad they came home alive,” Karasek said.

And this airport holds over 80 years’ worth of friendship and fond memories.

All the planes here will be relocated to nearby airports where they’ll call a new hanger home. The news here is sad, but not shocking.

“We knew it was coming. So we planned ahead and built a hanger in Farmington. But still. I live in Festus and I come here,” said Dutton. “They’ll have a good place, I’m sure. Just won’t be as nice as this place.”