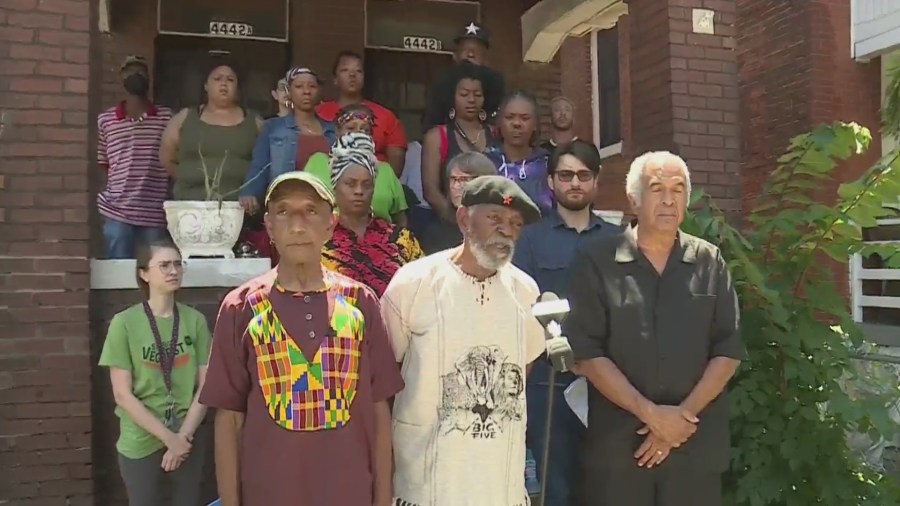 ST. LOUIS, Mo. – A FBI raid in St. Louis is connected to a federal indictment of a Russian man wanted for a political influence campaign targeting local elections. Chairman Omali Yeshitela and his wife were handcuffed while the raid took place in St. Louis. They said that they are not part of a Russian conspiracy.

Federal and Florida officials alleged Friday that St. Petersburg’s Uhuru House was influenced by Russian intelligence to spread propaganda and influence a local election. They also raided the organization involved with the Solidarity Center on Gravois Avenue in St. Louis early Friday morning.

The FBI conducted a raid in St. Louis at around 5:00 am in the 4400 block of Red Bud. Flashbang grenades were used to startle the people inside the home. They were told to come out with their hands up. The leader of the St. Louis chapter and his wife were handcuffed and waited outside while federal officers searched the house. They claim that the home was ransacked and computer equipment was removed.

Yeshitela, the founder and leader of the African People’s Socialist Party in St. Louis, says that the US government is unfairly trying to connect their group with the Russian influence campaign. He says that his group has not taken any money from the Russian government but representatives from the organization have attended “anti-globalization” meetings.

A Russian man is accused of using political groups across the United States to spread pro-Russia propaganda and interfere with local elections. Aleksandr Ionov, a man working with the Russian Federal Security Service, now faces an indictment. He is accused of having US citizens act as Russian agents. If convicted, he faces a maximum penalty of five years in prison. A federal search warrant was executed at the organization’s headquarters in St. Peterburg Florida and the location in St. Louis Friday.

The U.S. Department of Justice tells WFLA that Ionov has worked with at least three other Russian officials in its “malign influence campaign” against the United States over the past seven years. Ionov and his collaborators used group to advance their goals in several states, according to the DOJ.

According to court documents, two of the co-conspirators are from St. Louis. One of them is a leader and part of the US political group based in St. Petersburg. The other ran for office in St. Petersburg in 2017.

“Through these influence operations, Russia attempts to shape foreign perceptions and to influence populations in a number of ways,” U.S. Attorney Roger Handberg said during a press conference in Florida.

Court documents say that the conspiracy started as soon as 2014. Their goal is to further the interests of Russia. Some of the activities that Ionov is accused of are paying for trips and orchestrating protests to sow division in the United States.

In January 2016, Ionov funded a four-city protest tour in support of a “Petition on Crime of Genocide against African People in the United States.” He wrote to a Russian official that he had been “consulting every week” on the campaign.

Ionov is accused of helping one group to go from Atlanta to San Francisco for a protest at at the headquarters of a social media company. They placed restrictions on posts supporting Russia’s invasion of Ukraine. After the protest, he sent a picture of a Russian news website’s social media page, which displayed a story about the demonstration.

Another planned protest was at the capitol building in Sacramento. The group was pushing for California to secede from the United States.

Jack Ma’s Alibaba at risk of being delisted by SEC