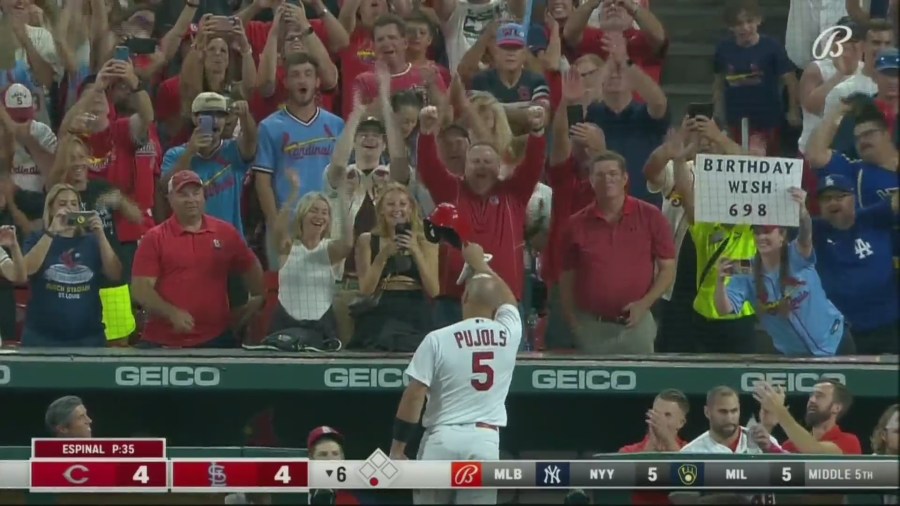 ST. LOUIS – The television monitors at Syberg’s Bar and Grill in Maryland Heights on Thursday afternoon were surrounded by baseball fans. They were watching the St. Louis Cardinals play against the San Diego Padres.

“It’s bringing me back to when the Blues were going for that Stanley Cup,” said customer Sophia Zegar. “I’m excited.”

One of the big highlights has been watching Albert Pujols chase 700 home runs for his career.

Syberg’s customer Mackaylee Miller grew up in St. Louis and was happy to have Pujols back.

The win came after a scoreless inning streak, which caused concerns among fans.

“I think they can come back and rally a little bit here and get those bats hot again,” O’Shea said.

The Thursday’s victory moves the Cardinals closer to clinching a playoff position.

The fans are excited about seeing Pujols, Yadier Molina and Adam Wainwright close out their final season as teammates.

“The last couple games will be really special to watch,” said Eric Gaddy.

Some St. Louis aldermen pushing for outside garbage service to solve trash crisis