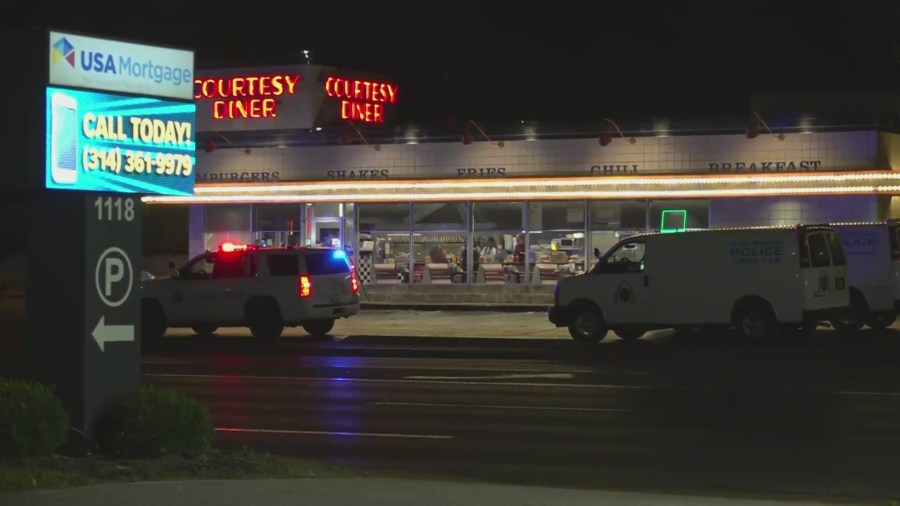 ST. LOUIS – A woman is recovering after being shot in south St. Louis early Thursday morning.

According to reports, around 1:30 a.m., dozens of shots were fired outside the Courtesy Diner on Hampton Avenue, which is located in the Clayton-Tamm neighborhood.

Some customers are in shock after a 63-year-old woman was shot in the thigh late Wednesday night. Police said a stray bullet ricocheted inside the diner and hit the woman as she was walking towards the bathroom. She was taken to a nearby hospital. Her injuries are not life-threatening.

Police are still searching for the shooter. The musician and YouTuber, Dovydas Mascinskas, stopped by the diner Wednesday night for a bite to eat and returned Thursday for another meal. He said he was shocked by the news.

“I came back today, and we got a new ventilation holes installed manually overnight with weapons, it turns out,” Mascinskas said.

Investigators said a diner employee confronted a group outside the diner and accused them of dining and dashing. That’s when multiple shots rang out.

The woman who was shot is not associated with the dine and dashers. The Courtesy Diner employees did not want to comment about the shooting, but they said the incident was caught on camera.

The investigation is ongoing. Police encouraged anyone with information to contact CrimeStoppers at 866-371-TIPS (8477).