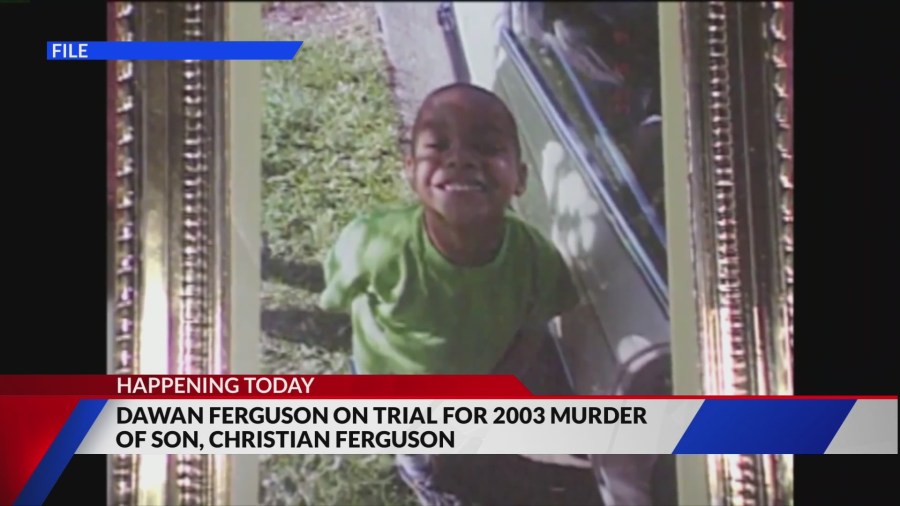 ST. LOUIS – The case has been in St. Louis headlines for years.

Wednesday, June 22, is when jury selection starts for Dawan Ferguson at St. Louis County Courthouse. He’s the man charged with murdering his son Christian Ferguson who had special needs.

The past video showed Dawan walking with his attorney. Dawan was charged with first-degree murder and child abuse resulting in death. Dawan was originally charged with Christian’s murder back in 2019, but then the charge was dropped and refiled the very next day in 2020. This case started way back on June 11, 2003.

That’s when investigators said Ferguson called 911 from a payphone saying someone had carjacked his SUV with Christian inside. Police later found the SUV but not Christian. Christian who was just nine years old at the time, had a rare genetic disorder and could not walk or talk.

Court documents said Christian would have died within 48 hours without his proper medication. Christian’s mother, Theda Person, told us back in 2020 about the case against Dawan.

Electric Pressure Washer For Home Use? Here are 3 Top Choices