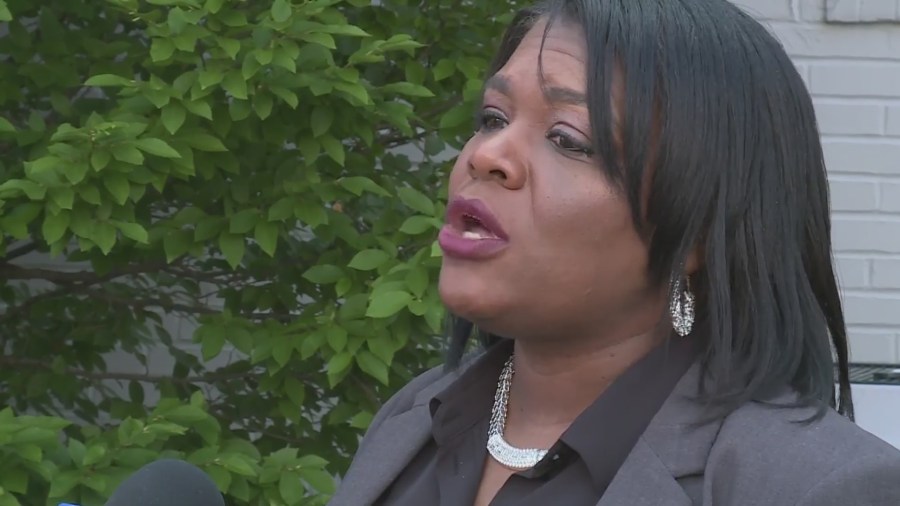 ST. LOUIS – The Supreme Court has ended constitutional protections for abortion that have been in place nearly 50 years in a decision by its conservative majority to overturn Roe v. Wade.

Friday’s outcome is expected to lead to abortion bans in roughly half the states.  Just before 10 a.m., Missouri Gov. Mike Parson signed a proclamation to end elective abortions in Missouri and strictly allow them for medical emergencies.

“As a Congresswoman, and as a regular person in this world, I’m going to fight it,” said Missouri U.S. Congresswoman Cori Bush.

Bush says the ruling strips away a constitutional right that women have had for nearly half a century.

” I think about the people who right now or earlier today or earlier this found out they were pregnant and trying to figure out what to do,” said Bush. People who are pregnant right now have been thinking about, ‘What do I have to do?’ I’m thinking about my daughter who will now know more about living in a place where abortion is not legal than she knows about living in a place where it is, unlike me.”

A Supreme Court draft opinion leaked to a news outlet “Politico” on May 2, signalling Roe v. Wade could be overturned. The Court’s ruling Friday leaves decisions on handling abortion up to states.

“Nothing could really prepare me [for the ruling],” said Bush. “I thought I was preparing myself, and I thought we were doing the work to help prepare so many others. For this to actually happen, I can’t believe this far-right extremist Supreme Court would overturn Roe V. Wade when the numbers show the majority of people in the country did not want it overturned.”

Bush wants Missourians to know that care for those considering abortion is still available, but it might look different. She is hopeful to increase awareness on mail-order medication pills and telehealth among other services.

“The folks who are hit the hardest, most directly impacted, that is okay with this group of people who chose to be the ones to make the decisions for the entire country,” said Bush. “We’re saying it’s okay to go back there? No.”

Planned Parenthood of St. Louis, the only state-licensed abortion facility in Missouri, released the following statement on the decision:

“Today is the worst case scenario for 36 million people of reproductive age who live in 26 states including Missouri where abortion is now poised to be banned. Everything that led to the overturning of Roe should be a stain on our history from which we must learn and do better. This begins a rebuilding of a future with abortion equity — not just rights or access, but rights and access for all people. From this day on, we cannot accept compromise, middle ground, or ‘good enough’. We must demand a system that creates abortion access for all people who need it, no matter their identity, insurance status, or zip code.”

For a look at reaction from other Missouri and Illinois State officials on the Supreme Court decision, click here.