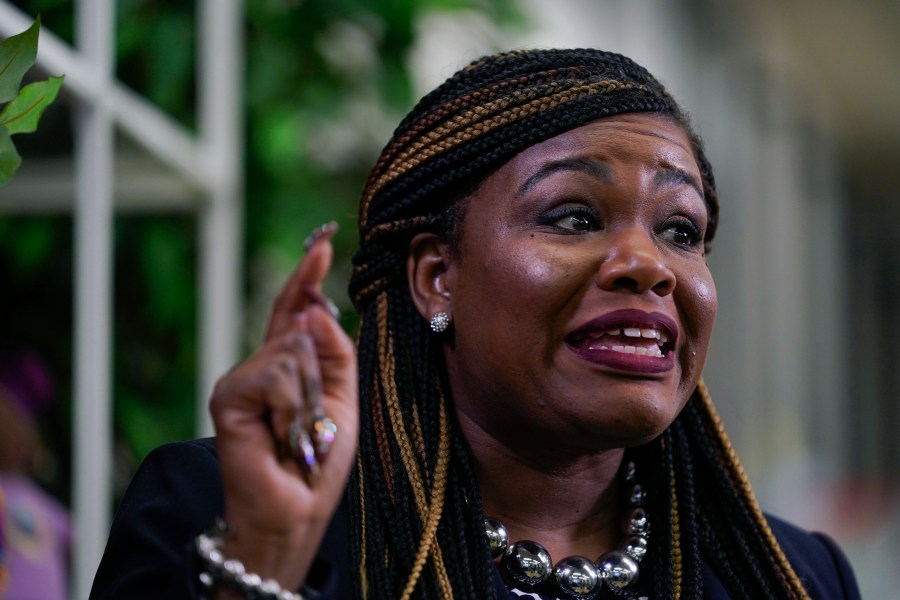 WASHINGTON – Authorities arrested Missouri U.S. Congresswoman Cori Bush and dozens of others who were protesting over abortion rights outside the U.S. Supreme Court building Tuesday afternoon.

Bush was among those demanding federal abortion protections. Capitol police say there were three warnings prior to arrests for crowding, obstructing or incommoding.

On June 24, the Supreme Court ruled to end constitutional protections for abortion in place nearly 50 years after a decision by its conservative majority to overturn Roe v. Wade.

A Missouri trigger law made abortions illegal following the Supreme Court’s decision to overturn Roe V. Wade. The state law makes no exceptions for rape or incest. Missouri’s new law marks an end elective to abortions in Missouri and strictly allows them for medical emergencies.

Bush says the ruling strips away a constitutional right that women have had for nearly half a century.

“As a Congresswoman, and as a regular person in this world, I’m going to fight it,” Bush told FOX2 last month. “The folks who are hit the hardest, most directly impacted. … that is okay with this group of people who chose to be the ones to make the decisions for the entire country. [They’re] saying it’s okay to go back there? No.”

Despite push back from Republicans, congress members say their march from the steps of the capitol was necessary to get their message out. In the weeks since the ruling, Senate republicans have blocked Democrat efforts to grant abortion rights nationwide or extend legal protections to women who cross state lines for abortion services.

Bush and several others vow to keep fighting.