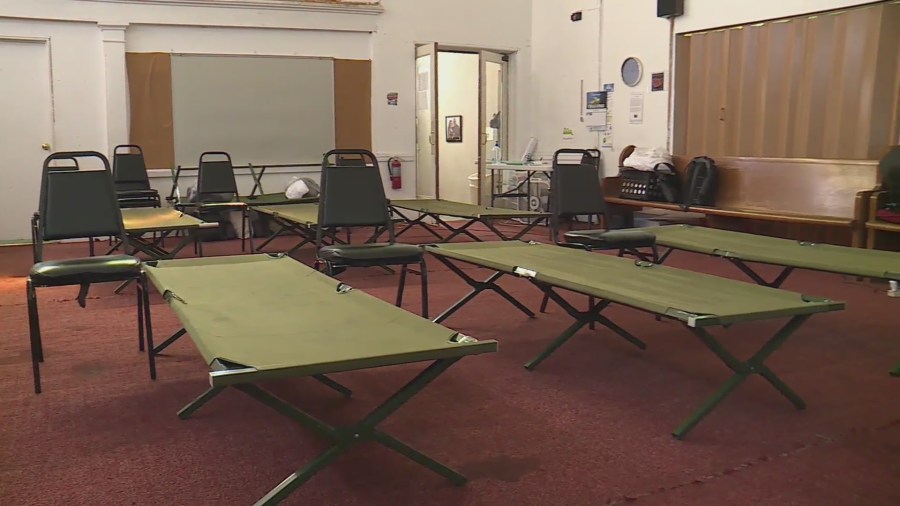 ST. LOUIS – Across the St. Louis region, homelessness has been on the rise in recent years. One organization began to help when the New Life Evangelistic Center was forced to closed in 2017.

The goal at City Hope St. Louis is to provide immediate “night by night” shelter care for the unhoused community in the St. Louis region.

“We recognize there is a problem and homelessness is a big problem among other things in our city, but we don’t want to sweep those individuals under the rug as if they don’t exist,” said Pastor Michael Robinson, CEO of City Hope St. Louis.

“We come to the table with love, dignity, and respect which is one of our key pillars that we stand on, bring individuals in and love on them first,” Robinson said.

Robinson said it’s about helping them move past the situations they are in. City Hope housed around a hundred men and women each night at multiple locations. The guests get a hot meal, a cot to sleep on, and breakfast in the morning. The location at the Asbury United Methodist Church in north St. Louis is only able to take in 20 people each night.

“City Hope is an organization that loves to do wrap-around services,” Robinson said. “We not only want to put a band-aid on this, but we want to cure homelessness one individual at a time.”

The initial funding for the shelter came from the city in 2019. However, the contract ended recently and it was not renewed. FOX 2 reached out to St. Louis Human Services Department for an explanation of why the contract was not renewed, but we have not heard back yet.

Missouri House of Representative Kimberly-Ann Collins, who represents the 77th district said she was once homeless.

Collins said she met with Robinson who had helped her to get back on her feet. Now, she helps with their work.

“City Hope St. Louis, they have been an organization that has been working boots on the ground across St. Louis Metropolitan area,” Collins said. “Not just the city but the county as well, they have been operating, especially, since Larry Rice closed down back in 2015. I would love to see people pour in love and hope into this organization.”

City Hope St. Louis is hosting a black-tie fundraiser on Sept. 19. For more information on the fundraiser or if you wish to donate go to their website at cityhopestl.org.

‘They took his life for what reason?’ – mom of man killed in shooting at north county supermarket