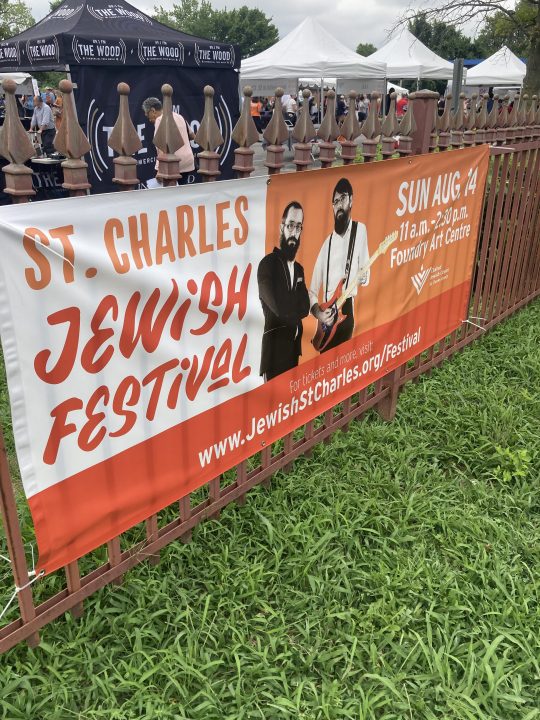 The event’s goal is to celebrate and showcase the local Jewish community by bringing several sounds and sights of Jewish life from all over the world right in St. Charles. This is the second event of its type – the Chabad Center of St. Charles County alongside its St. Charles Jewish Family Network served an estimated 6,000 Jewish people throughout St. Charles.

“A lot of folks out here just felt that they were the only Jew,” Landa said. “When we saw and heard that we realized we have to do something. What better way to bring people together? Last year we had over 1,200 people and this year it’s looking like it’s going be over 2,000.”

Attendees have the chance to enjoy some kosher food while listening to live Jewish music. Event organizers want visitors to learn about Jewish traditions and culture in both a meaningful and a fun way.

When attendees arrive, they will be given a “passport,” which allows them to travel around the Jewish world without ever having to leave St. Charles. They will run into costumed characters representing Jewish people from places around the world like Asia, Europe, and North, and East Africa. The characters will then stamp the visitors’ passports to proceed with the display.

“We wanted to educate, but in a fun way,” Landa said when explaining the origin of the passport traveling activity. “It’s interactive and personal.”

Landa shared that the people who will miss the event will have to wait and see what’s in store next year.