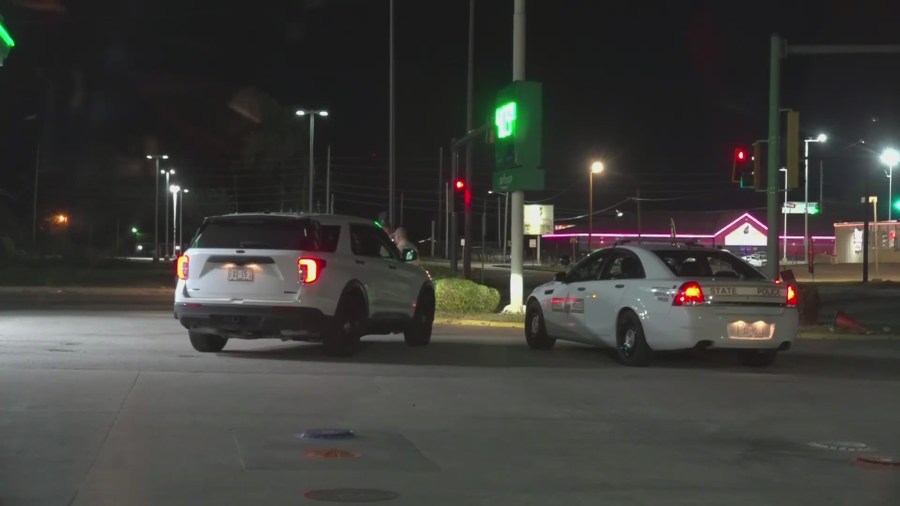 The incident unfolded around 2 a.m. on the Interstate 64 in Washington Park, Illinois.

Investigators say a driver in a black van struck another driver from behind. The vehicles pulled over on the shoulder of an eastbound exit ramp to Illinois Route 111.

When the victim got out of his car to inspect the damage, two armed suspects then departed from the car that caused the collision and threatened the victim. One suspect took off in the victim’s vehicle and the other suspect got away in the at-fault car.

Police say no injuries were reported from this incident. If you have any information on what led up to the “bump-and-rob” incident, contact CrimeStoppers at 866-371-8477 (TIPS).