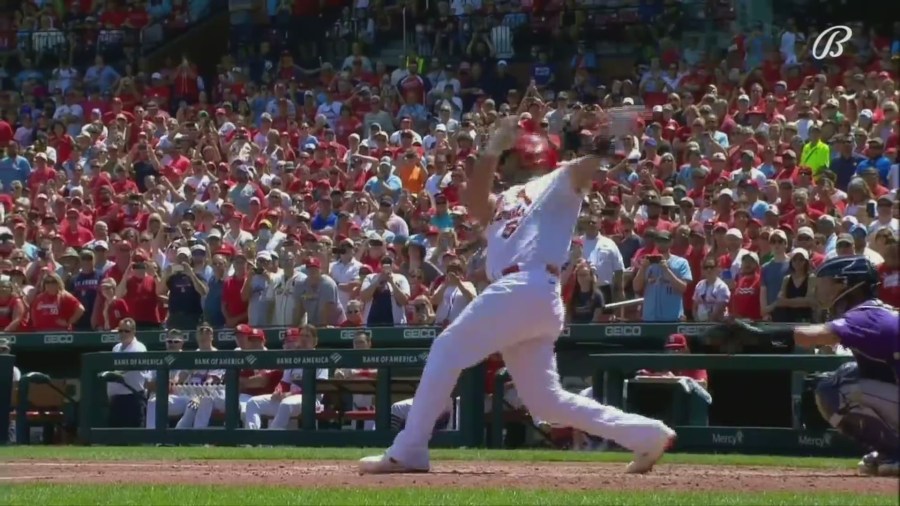 “Every time he steps into the box, it’s exciting,” said James Hoel. “He’s just one of those players that always seems to pull a rabbit out of a hat.”

Hoel said he drove from Indiana to see Thursday’s game in St. Louis.

Ellis Brodsky is a store manager at the Arch Apparel location at Ballpark Village. He was stacking Pujols related merchandise prominently displayed near the store’s entrance. Several items caught the attention of Krystal Loes who was shopping with her family after attending Thursday’s game.

“It was incredible,” Loes said. “It was a great day to be there.”

Some fans said they expect Pujols to exceed expectations and take a run at 700 career home runs. He currently has 690.

“If he gets to 700, that would be fantastic,” said Grant Gribbons, St. Louis Cardinals fan. “If he doesn’t, so be it.  He’s still one of the greatest to play the game.”

Half of companies to lay people off, survey suggests