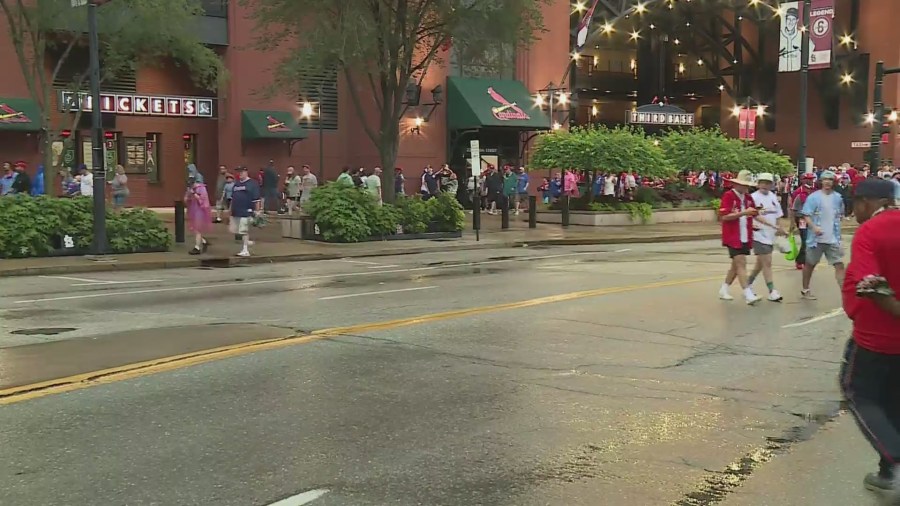 The Cardinals were going to have the game, but they decided to cancel it instead due to the storms. Some residents in the St. Louis area said they did not experience any rainfall.

“I live in South City by Botanical Gardens, we didn’t have any problems, said Cardinals fan, Cornelius Strawder.

Strawder said some of his relatives who live in north county area near Lindbergh were flooded. He said he is afraid the flood will get to his area.

An 11-year-old boy and his family traveled from Davenport, Iowa to see the Cardinals-Cubs game on his birthday, but he and his family were among several people escorted out of the Busch Stadium due to severe weather.

Another fan from Illinois said they might come back Thursday for the game, but others may not.

“We can but it is a disappointment because a lot of people can’t,” said Kevin James from Marion, Illinois. “We’ve heard them talk. They’re really mad, but you can’t change the weather just hope for the best.”

The game is rescheduled for Thursday at 12:15 as part of a split doubleheader. The second game will start at 6:45 p.m.

Walmart lays off 200 from its corporate workforce

Visit The Coffee-growing Region Of Parque Guanayara in Cuba