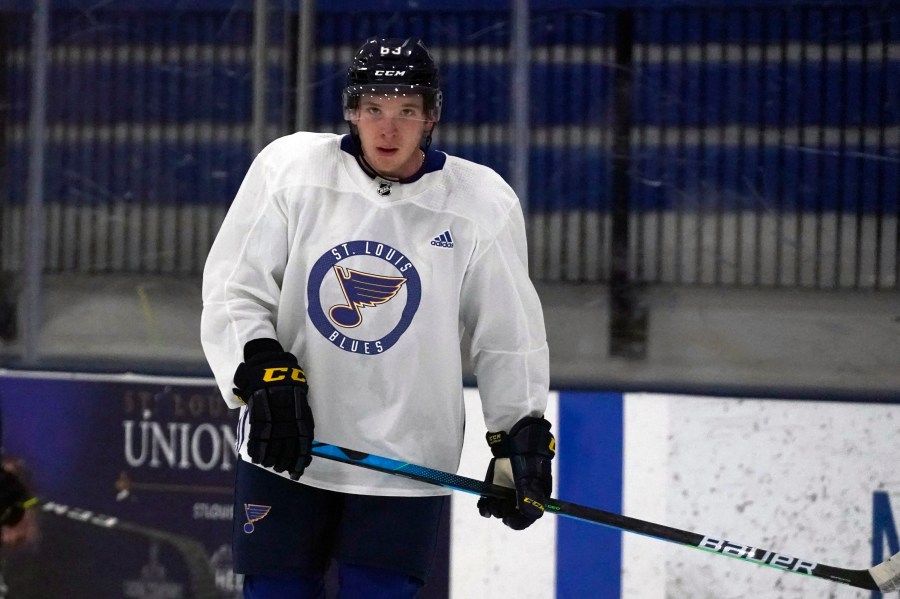 MARYLAND HEIGHTS, Mo. – Hockey season is the on the horizon. Dozens of prospects with the St. Louis Blues report for preseason practices Wednesday.

First-round draft picks Jake Neighbours and Zack Bolduc headline this year’s group of prospects getting a head start. Fourteen forwards, eight defensemen and three goalies gather at Centene Community Ice Center for the franchise’s first formal practice since the start of the offseason.

Wednesday’s preseason-opening practice is also free and open to the public. For the full list of prospects reporting, click here.

After practice Wednesday, the Blues will send their prospects to Traverse City, Michigan for the 2022 NHL Prospect Tournament from Sept. 15-18. Blues prospects will compete in the following games:

The propsect tournament games will be broadcast on the Blues’ YouTube channel.

Meanwhile, the Blues reglulars will report for training camp by Sept. 22. The first preseason game, which features prospects and regulars, is set for Sept. 24. The regular season begins one month from Thursday on Oct. 15.

Wholesale inflation up 8.7% in August despite gas price drop