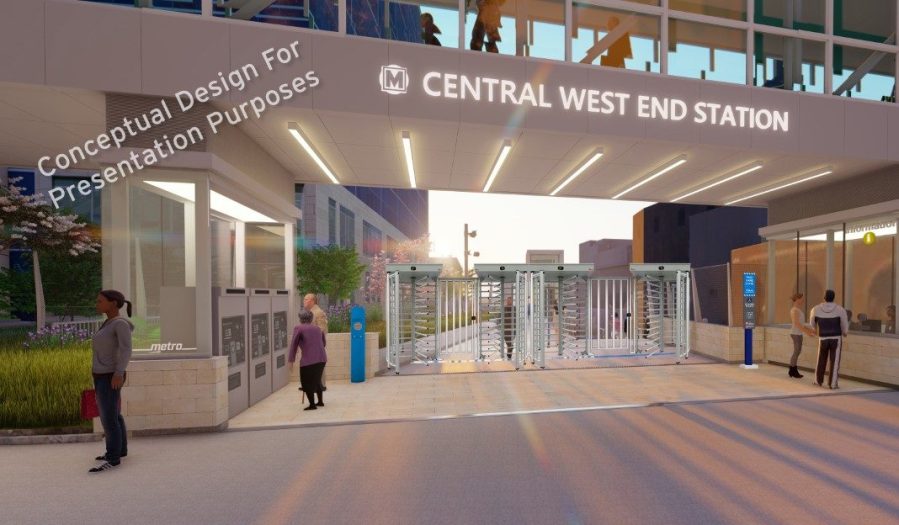 ST. LOUIS — Bi-State Development gave its social media followers a glimpse of what MetroLink stations could look like in the future.

The stations would have security gates, or turnstiles, as well as security cameras and fencing. An artist’s rendition has been circulating on social media that shows some of the proposed updates.

MetroLink has finally come around to the idea of adding security gates or turnstiles to control access to the platforms and make the system safer.

The design phase is currently underway, and the construction phase is next. Bi-State plans on installing the gates at all of its 38 Metrolink Stations. There would be 60 gates or turnstiles in all the stations. Bi-State estimates outfitting the stations by the end of 2024.


Trending: Could you pass these 6 St. Louis eating challenges?

FOX 2’s You Paid For It team tried for years to convince Bi-State to install the turnstiles or another form of gates at MetroLink stations. Elliott Davis even went to Atlanta to examine its Marta Transit System that was fitted with turnstiles, a system riders seem to feel safe on.

It’s taken current CEO Taulby Roach a while to warm up to the idea of gates. Many riders told FOX 2 that gates would make them feel safer. It limits the platform to those with tickets.