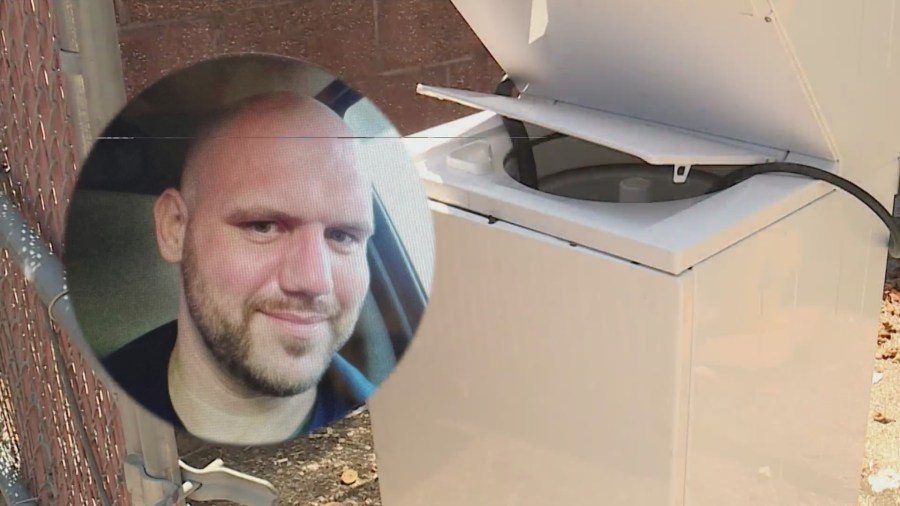 “The only thing I thought was a little off was that as soon as I asked him about the unit he had for sale, he said ‘No, but do you have a broken one? Because this is what I do for a living.’ I thought that was a little strange,” she said.

Nonetheless, Bailey invited Sean Ludwig to the store to see if he could fix the broken washer. She shared a video from the bakery’s surveillance camera of Ludwig inside the shop.

Bailey said Ludwig and a man helping him worked on the washer for a couple of hours.

“At the end, he started a cycle. It started filling with water. He said let this cycle completely finish because we’ve repaired it, we want to get this drained and out, and then you can start washing clothes. He said but you know what, I don’t have my warranty paperwork with me, but give me your email, I’m going to email as soon as I get home.


Trending: Could the Cardinals and Blues pull off blockbusters for Soto, Tkachuk?

“Texted him about three times. No answer. A couple hours later I was like, I’m just going to call him. So I called him and got a message saying that this is not a working number. At this point I’m thinking this is probably a scam and this might not even be his real name,” she said.

“So I went on his Facebook page and there they were. All of these reviews from other people that had gotten scammed. The police officer I spoke to was helpful. He did say that there is no criminal case here because he did come out and perform a service. Whether it’s a good service or a bad service, he might just be a lousy repairman.”

Bailey hopes her story serves as a warning.

“I just don’t want him to continue to do this to other people, to elderly people that are on a fixed budget. He’s just going to keep scamming people. Apparently, it doesn’t bother him, and he can sleep at night knowing that he’s hurting others.” Said Bailey

FOX 2 contacted Ludwig but he hasn’t responded. This story is another example of why we all need to use caution when searching for goods and services online. If possible, you should always try to pay with a credit card. While Suzy did a little research on Ludwig, it’s always best to hire people you know and trust.