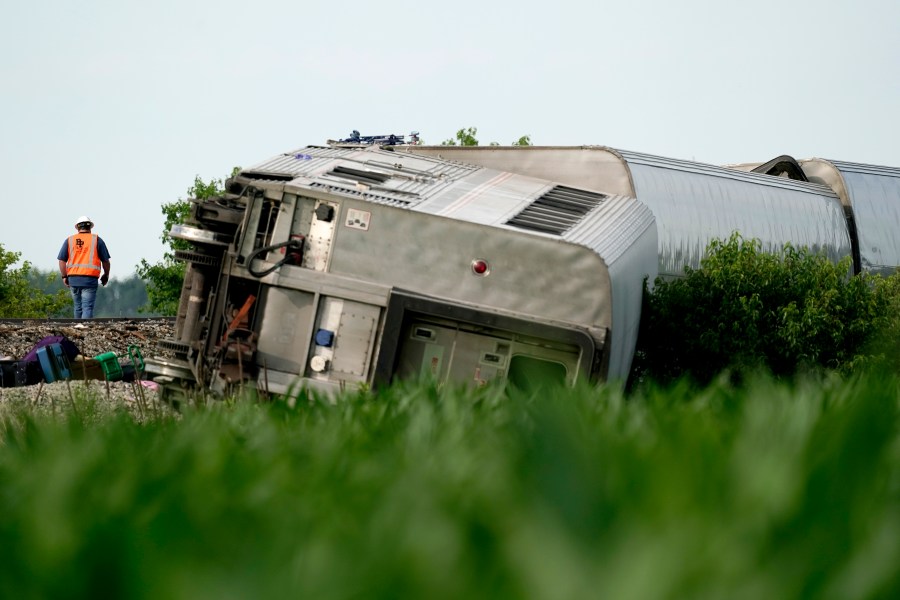 KANSAS CITY, Mo. — An Iowa couple is the latest to sue following an Amtrak crash last month that killed four people and injured more than 150.

Janet Williams and her husband filed a lawsuit against Amtrak, BNSF Railway, and MS Contracting.

According to the lawsuit, Williams was on the Southwest Chief June 27, returning home to Iowa after babysitting her grandchildren in New Mexico.

The lawsuit accuses Amtrak of overcrowding the train, allowing too many passengers and luggage the day of the derailment.


Suspected Missouri serial killer will stay in jail, for now

Not only was every seat filled, but Amtrak allowed so much luggage to be brought onto the train that the designated luggage car could not hold it all, and Amtrak placed excess luggage in the passenger car lounges.

The lawsuit claims passengers who were scheduled to catch a connection in Kansas City would miss it and were told to stay on the train. It also states that several passengers tried to get off the train and were not permitted to do so.

Amtrak also allowed all passengers scheduled to board the train in Kansas City to do so, even though the train was already at capacity, according to the lawsuit.

The suit claims Amtrak intentionally overcrowded the Southwest Chief on June 27, so it would not have to refund tickets to some passengers.

Williams reportedly suffered cuts and bruises, as well as more serious injuries to her neck, back, and hip when the train collided with a dump truck near Mendon, Missouri.

Federal investigators determined that the train hit the truck traveling 87 miles per hour.

The passenger cars flipped on their sides following impact, causing people and luggage to fall on Williams, crushing her, according to the suit.

Williams said she was trapped inside the overturned car because it did not have an exit hatch in the roof. The side windows provided the only escape. The lawsuit said other passengers eventually found a sledgehammer and smashed one of the bottom windows, allowing Williams to crawl out of the train.

The lawsuit also claims BNSF was negligent when it allowed Amtrak to use the railroad’s tracks, but didn’t upgrade the Porche Prairie Crossing. The lawsuit said BNSF was aware of the dangerous passive crossing for years and ignored it.

MS Contacting is the owner of the dump truck involved in the crash. The lawsuit said the company had the duty to operate the truck safely and that would not put others at risk.

This is one of several lawsuits filed against the three companies following the deadly crash.

Last month, Amtrak and BNSF Railway filed a federal lawsuit against MS Contracting. That lawsuit claims the train was “clearly visible” and that the truck driver was careless in crossing the tracks.

Another lawsuit filed on behalf of four passengers and two Amtrak crew members alleges that BNSF, Amtrak and MS Contracting are responsible for causing the collision.

The widow of the truck driver killed in the crash has also filed a lawsuit against Chariton County and BNSF roadmaster Mariano Rodriguez.

The NTSB is investigating the crash, but said it would likely be months before it’s report is complete.