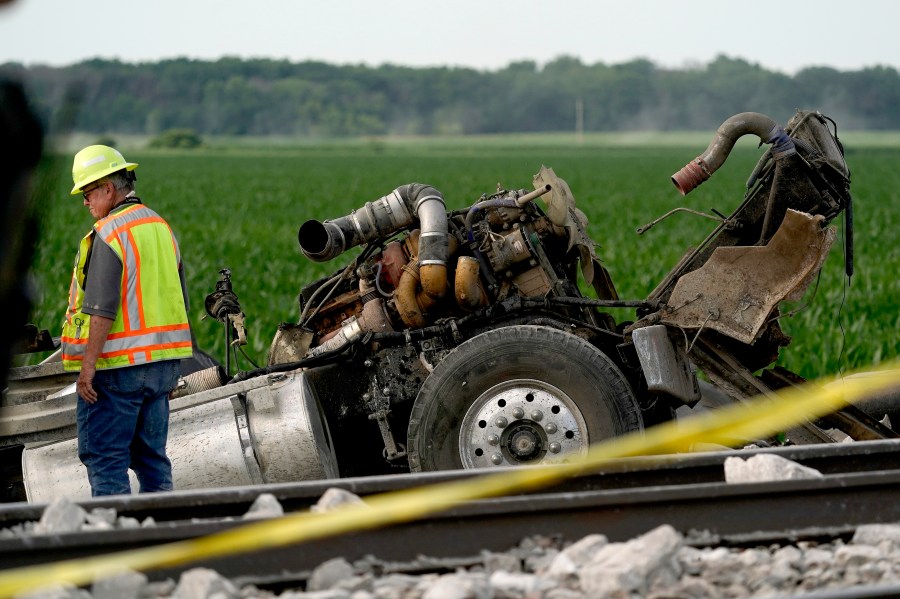 KANSAS CITY, Mo. — Railway companies Amtrak and BNSF have now filed a federal lawsuit against the company the truck driver worked for in this week’s deadly Missouri train crash.

The news comes just one day after that driver’s widow filed a wrongful death lawsuit against a BNSF employee and Chariton County, where the train crash and derailment happened.

On Monday, Billy Barton II was driving a dump truck for MS Contracting, which is based out of Brookfield, Missouri, when he attempted to drive over BNSF tracks in nearby Mendon, Missouri.

The Amtrak/BNSF lawsuit alleges that the Amtrak train was clearly visible, but Barton failed to yield and hear the train. He then attempted to cross “despite the fact that it was unsafe, careless and reckless,” the suit says.

The suit says Barton was acting in the scope of his employment with MS Contracting, and the truck was owned by and operated on behalf of the contracting businesses. Therefore, they’re accusing the Missouri company of negligence.

Amtrak and BNSF also allege MS Contracting failed to properly maintain and/or repair the truck; train and supervise its employees; adopt and enforce policies regarding vehicle operation at railroad crossings

But in her own lawsuit in state court, Billy Barton’s wife, Erin Barton, says he didn’t “see or hear the train coming with adequate warning to safely cross the tracks.”

Her suit accuses a BNSF roadmaster and the county of negligence for leaving the road leading to the crossing and the crossing itself in a dangerous condition.

Additionally, it’s a passive crossing, meaning there are no warning devices like bells, crossing arms or lights. The crossing only has signs indicating there are tracks nearby.

Erin Barton argues the road and crossing were dangerous, and the BNSF employee and county failed to do anything to improve their condition.

Neither of the lawsuits have a court hearing scheduled at this time.