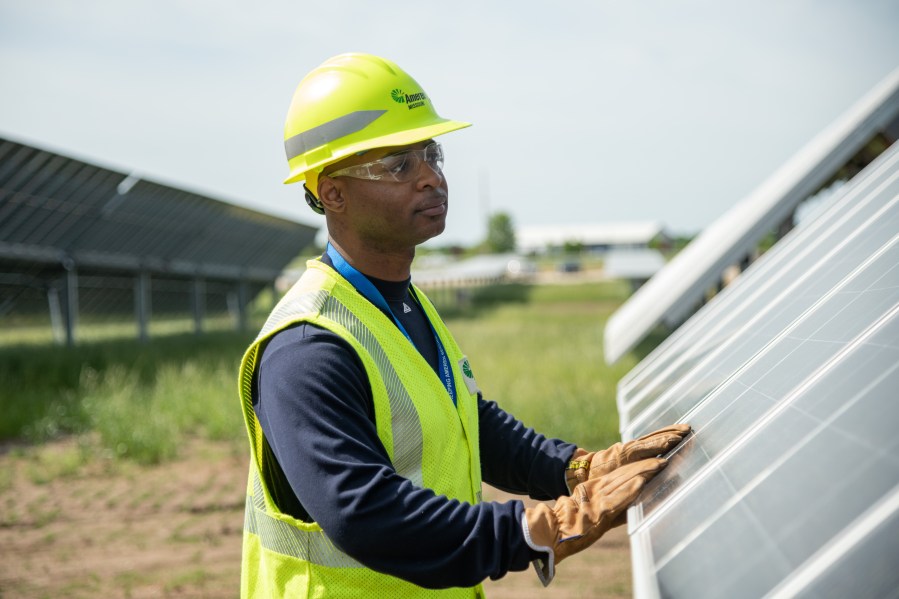 ST. LOUIS – Ameren Missouri is working to acquire a new solar power site that is 25 times larger than any other in the state.

Ameren Missouri will acquire the facility, Huck Finn Solar Project, “pursuant to a build-transfer agreement with EDF Renewables, a company with a longstanding track record of developing and building renewable energy facilities.”

The facility, expected to produce enough energy to power approximately 40,000 homes, has not yet been built. Ameren Missouri said the site will be on the border of Audrain and Ralls counties. The facility could “begin generating clean energy as soon as 2024.”


Trending: A righteous steel round house is for sale in St. Peters

Along with the benefit of more clean energy coming to Missouri, Huck Finn will also bring with it 250 construction jobs.

“It provides clean electricity, creates economic opportunity and injects millions of dollars into the community over the life of the project, which will have widespread additional benefits,” chairman and president of Ameren Missouri Mark Birk said.

The acquisition of this project will move Ameren’s “companywide net-zero carbon emissions goal to 2045, five years sooner than previously planned.”

Five Things That Happened On June 27 In Soap History

Inventory in 2022: Normal is still nowhere in sight