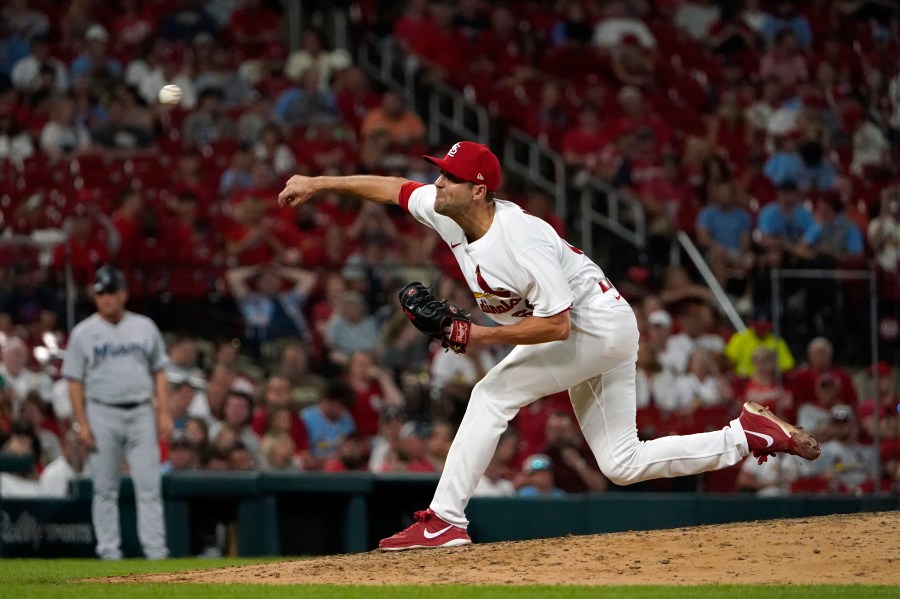 ST. LOUIS – James Naile grew up in Cardinals country, and after seven years in the minors, he’s reached the ultimate baseball dream: Playing for his homestate team at the highest level.

A native of Charleston, Missouri just outside of Cape Girardeau, the Cardinals recalled Naile on Monday in a series of moves that resulted in Cardinals’ starter Jack Flaherty ending up on the injured list.

A late-round draft pick of the Oakland Athletics in 2015, Naile signed a contract with the Cardinals in the offseason. He earned a big-league promotion after a 3.28 ERA over 27 games with the Triple-A affiliate Memphis Redbirds this season.

“STL is the reason I love baseball,” said Naile via Twitter in November. “They are the team I grew up dreaming to play for for as a kid. I could not be more excited to get this next chapter rolling.”

Naile entered Monday’s game in the eighth inning, making his MLB debut while the Cardinals had a seven-run advantage. Right after his warmup pitches, Cardinals rookie catcher Iván Herrera came up to the mound with an encouraging message. Naile followed up with three outs on ground balls, two coming via an inning-ending double play.

His long-awaited MLB debut was a special moment for family as well. Ten of his family members and close friends sat in a private section near the right outfield wall Monday, pumped up as Naile reached the ultimate baseball milestone.

Following Monday’s game, Naile told Bally Sports Midwest about his MLB debut, “You know, there’s 29 other teams. For it to be at home in Busch with the Birds on the Bat, it doesn’t get any better than that for a small-town Missouri boy.”

The Cardinals also recalled rookie Conner Capel on Monday, who is still awaiting his MLB debut. The Cardinals will host the Miami Marlins for two more games at Busch Stadium through Wednesday.