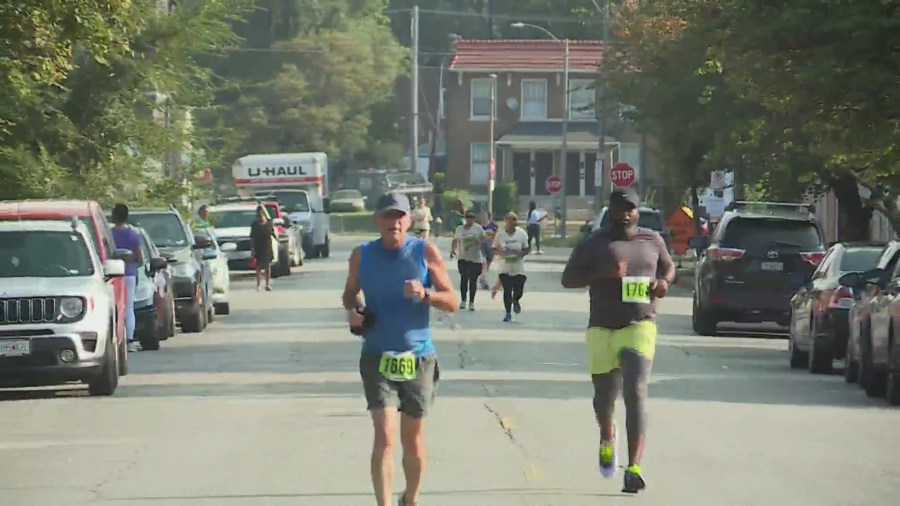 ST. LOUIS – More than 200 neighbors cheered on and encouraged each other as they ran around the North St. Louis neighborhood for the fifth annual Trap Run 5K and Festival.

“We do this to have fun in the area, to raise money so that we can do development projects in the city,” said Michael Burns, President of Northside Community Housing Inc. “Just to help our community be able to grow, and get more money and resources in the area.”

Northside Community Housing has been serving north St. Louis City for 40 years. All proceeds from this event go into projects and affordable housing.


Trending story: Mom and toddler running from gunfire at supermarket in north county

The family-friendly 5K passes by benchmark developments in the neighborhood, like new homes.

“This track was actually designed so that we can show every year when people come back, they’ll say, ‘Oh, I didn’t see that,’” said Burns. “There’s a new house, there’s a new building, there’s a new brick building that’s been remodeled,”

Burns said four new homes can be found on the 2600 block of North Sarah, and 23 more affordable homes are on the way. The goal is to attract new buyers and new homeowners.

“There’s a lot of housing, but it’s not safe. So we’re building affordable housing that’s safe and habitable and decent, and it also turns a lot of people from renters into homeowners, and that’s what we take pride in,” said Burns.

Northside Community Housing Inc. is a nonprofit, community development corporation that has been serving the area since 1977.

Lanternflies Are Overwhelming 14 States As They Breed Rapidly This Fall