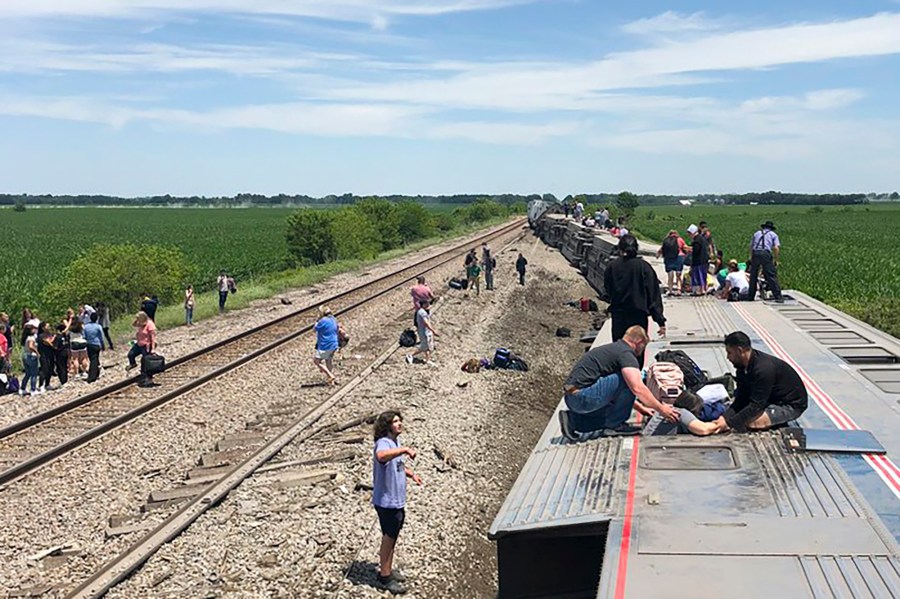 Investigators said that four people died, including the driver of a dump truck. Three of the victims were passengers on the train. Two of those victims died at the site and one died later at a hospital.

A total of 150 other passengers and crew were transported from the scene to 10 area hospitals. Their injuries ranged from minor to serious. Information about their specific injuries hasn’t been released.

The National Transportation Safety Board is investigating and arrived at the scene near Mendon Tuesday morning. The community is about 100 miles northeast of Kansas City.


‘We were standing on the windows’: Passenger recounts Amtrak train derailing in Missouri

TikTok should be banned from Apple, Google stores over data concerns: FCC commissioner