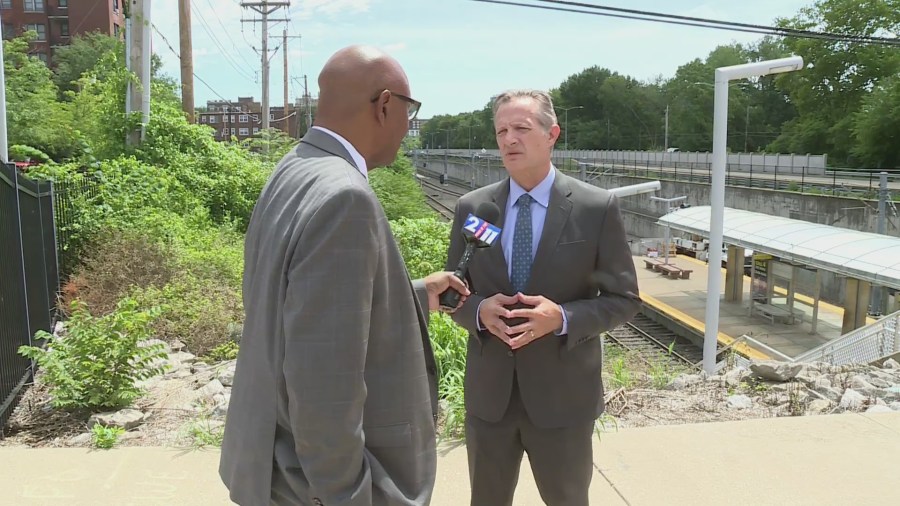 ST. LOUIS – The recent flood crisis is taking a heavy toll on Metrolink. As of Friday, nine of its stations are still shut down after flooding this week.

Taulby Roach is the president and CEO of the Bi-State Development, the agency that operates the Metrolink. He says he hadn’t seen anything like this before. Several stations were flooded after heavy downpours Tuesday morning and Thursday afternoon.

“This was unprecedented,” said Roach. “Just one of the worst downpours we’ve ever seen. Significant damage to the system, we’re out there doing our best to fix it right now.

Roach estimates flooding led to anywhere from $18-20 million in damages. The single biggest loss was one of the rail cars, which is a total loss of more than $5 million.

It will cost nearly $7 million to replace that Metrolink train. Damages are abundant at several stations, some that have water-flooded elevators or damaged communications and fiber optics. Flooding also led to some concerns for the signal system and track beds.

All of these elements are being fixed, but it’s going to take time. Meanwhile, Bi-State is using shuttle buses to transport people who can’t ride the train in certain places.

Some like Kimberle Jones are among the suffering Metrolink Customers.

”They had said they had shuttle buses that would take people back and forth to each train station and they would run approximately 10 minutes,” said Jones. “That has not happened. Sometimes, it’s 30 to 40 minutes or an hour wait on those shuttle buses. You can’t even tell your job what time you will be at work when you’re expected to be at work at a certain time.”

Roach says Bi-State is doing the best it can to cope with this record event.

“Our customers, I got to ask them to be patient with us,” said Roach. “It’s extraordinary and of course, that’s the end result who suffers when this happens. It’s really our customers. I feel horrible about that. We really need to continue to get people moving. We have bus operators working extra shifts so we can do shuttles and still get people where they want to go albeit delayed. We’re still moving St Louis.”