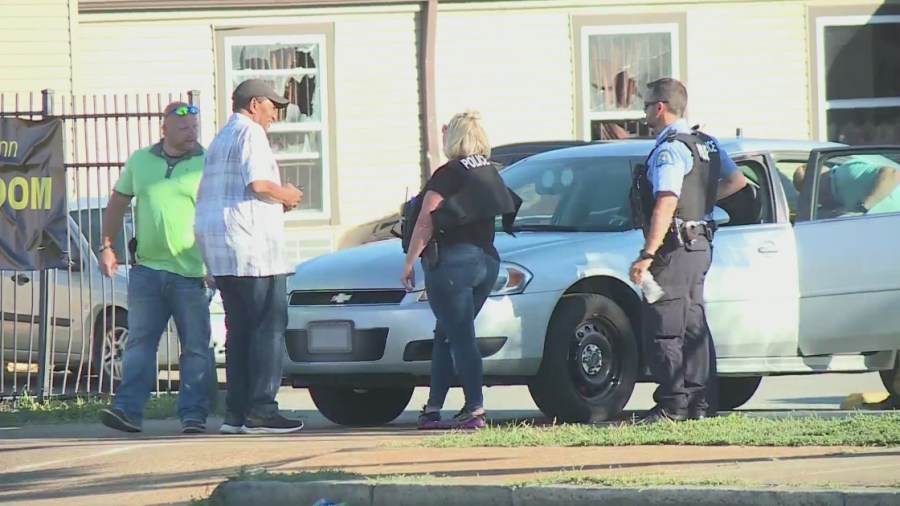 ST. LOUIS – Sixteen people were arrested, more than two dozen firearms confiscated, and a large amount of narcotics seized during a raid at a north St. Louis motel.

Police from St. Louis City and County joined the FBI and U.S. Marshals in executing search warrants Tuesday at the North Western Inn, located near the intersection of Natural Bridge Avenue and Goodfellow Boulevard in the Wells-Goodfellow neighborhood.

The raid was part of an ongoing investigation into local gang activity, according to Lt. Angela Dickerson, a spokeswoman for the St. Louis Metropolitan Police Department.

Officers searched a car for evidence at one point, checking under the hood and digging in the seats. Law enforcement took a container from the motel full of what appeared to be large evidence bags.

Law enforcement took 27 guns, six of which had been reported stolen, and unspecified quantities of fentanyl, crack cocaine, heroin, and marijuana were discovered. Drug packaging material and U.S. currency were also taken as evidence.

Dickerson said the investigation is ongoing and no additional information will be provided as of now.